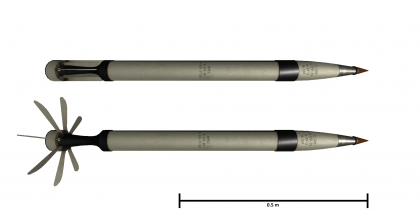 The S-5M is a 57 mm unguided rocket. This is a modernized version of the S-5, it contains an HE-FRAG warhead designed to attack bombers and unarmoured targets.