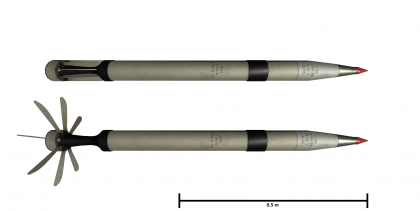 The S-5KP is a 57 mm unguided rocket. This variant includes a shaped charge warhead and a wound wire fragmentation sleeve. The improved shaped charge is capable of penetrating 250 mm of RHA.