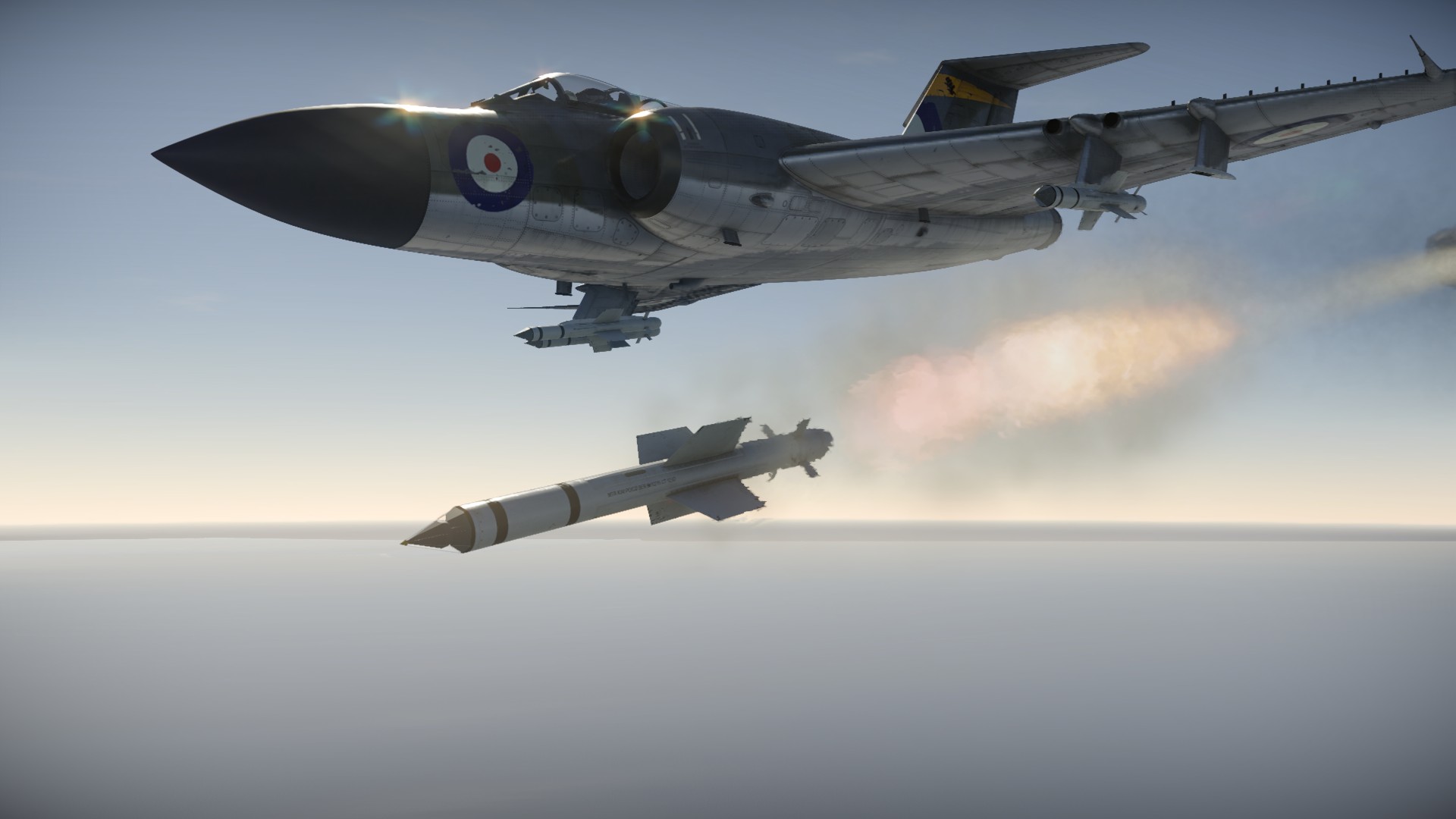 The Firestreak is a British Infrared homing air-to-air missile, it was introduced in Update 1.85 "Supersonic", along with the Javelin F.(A.W.) Mk.9 (the only aircraft currently equiped with it).