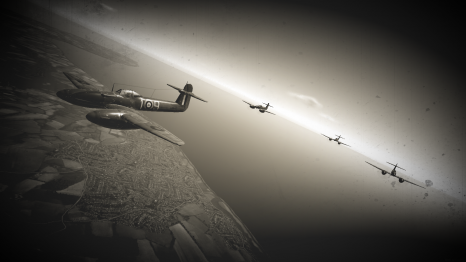 The four cannons make the Whirlwind P.9 well-armed for head-on engagements or Boom & Zoom tactics, as the four nose-mounted cannons will shred through everything, especially with the Ground Targets belt due to its AP ammunition. If pilots rather the enemy planes catch on fire, it is recommended to use the universal or stealth ammunition belts which offer this kind of benefit, unfortunately at the cost of somewhat reduced armour piercing performance. Keep in mind the reduced ammo of the cannons and the ability of some planes to turn off fires with self-sealing fuel tanks. The choice of engagement is up to the pilot.

Although gun convergence its a personal choice, it's suggested to set the gun convergence of the nose-mounted cannons to 600 m as the four cannons are lined horizontally (vertical convergence if Boom & Zooming). This allows scoring great shots at the moment when diving onto an enemy without getting to close or too far away. Just enough to aline with the target's flight trajectory and release a short burst. If engaged with them in a dogfight just keep in mind this distance.

The P.9 is very effective in a boom and zoom role due to its good climb rate, and powerful armament. However, the relatively low wing break speed in RB does limit you in this role. The Whirlwind P.9 has a good turn rate for a heavy fighter but will be easily out-turned by single-engined fighters. The use of combat flaps will help to balance out this disadvantage. Care must be taken when using the combat flaps, however, as they are prone to snapping off at a relatively low speed. 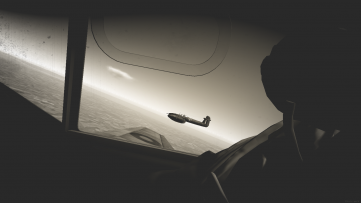 During the Mid-1930s, development of combat aircraft in Britain was accelerated, when a war with Germany was becoming more apparent. While trusty and advanced, the Hurricane and Spitfire lacked in range and armament, and in 1935 the British Air Ministry issued operational Requirement F.37/35 which called for a heavy fighter design to be fitted with four 20mm Hispano cannons. Many British aircraft manufacturers responded, but it was found that the submission made by Westland Aircraft of Yeovil in Somerset would be the one selected in 1937.

Known as the P.9, Westland's fighter design featured innovative designs such as low mounted wings with the engines mounted in under-wing pods, as well as the four 20mm Hispano cannons being mounted in the nose. The aircraft aso featured two Rolls-Royce Kestrel engines, which were proven by that point in the inter-war period with aircraft such as the Hawker Fury and Handley Page Heyford Bi-Plane bomber. The canopy, being a bubble design, gave excellent all around visibility and combined with a "Tail-Dragger" configuration allowed for the installation of a high-mounted elevator assembly. The tail design was initially planned to incorporate a twin-tail design, but this was found to be impractical as the disturbed air from the engines affected performance.

The first flight of the new aircraft, now designated the Whirlwind, took place in October 1938 with the prototype aircraft being made of an all-metal design with flush riveted construction as well as magnesium skin at the rear of the fuselage. Initial flight testing proved impressive, so much so that the Air Ministry considered rushing the aircraft into production. These considerations were dismissed as a decision was reached to swap the Kestrel engines with newly developed, supercharged Rolls-Royce Peregrine engines, outputting over 850HP compared to the Kestrel's 650HP.