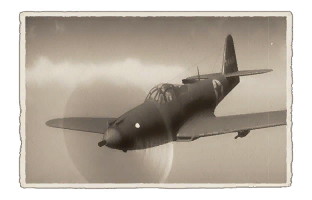 The P-63A-5 (USSR) can be outfitted with the following ordnance:

The best way to play this plane is to quickly climb into altitude around 4-6000 meters and try to hunt down some bombers with the 37 mm cannon. After that, use that energy advantage and play Boom and Zoom against lower planes.