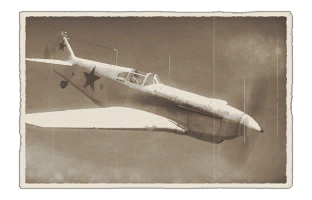 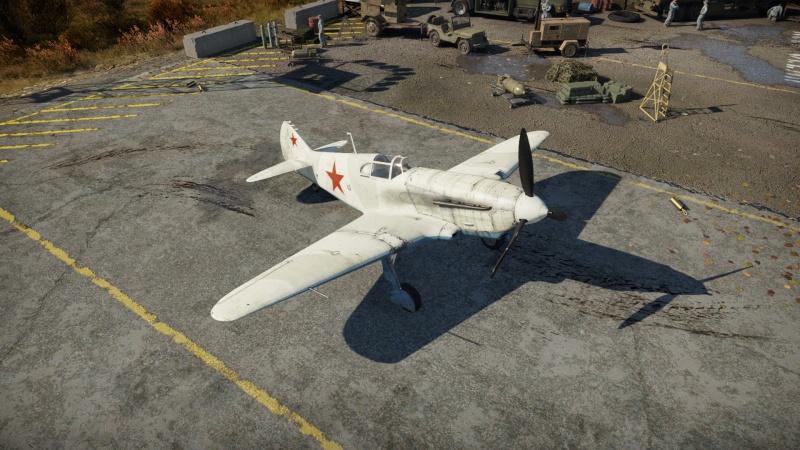 The LaGG-3-8 is one of the first aircraft in the game to be armed with a cannon. It is also one of the earliest fighters in rank II to be armed with a cannon, along with the LaGG-3-11 and the Yak-1. As the first monoplane fighter for many rank I Soviet pilots, a big change from the reserve biplanes, it is an introduction to a whole new range of tactics and armaments.

Due to the average rate of climb, this aircraft is best used in diving attacks, booming and zooming in and out of the fray. When performing BnZ fighting it is essential to monitor your airspeed. Diving at ~700 km/h with your wings vibrating is clearly not a good idea. The control surfaces will be extremely compressed over ~600 km/h, especially the rudder. This not only makes it very awkward to pull off the lead, but also can lead you crashing due to low handling responsiveness. So cut throttle if needed, or even abandon the attack and set up a new one. Remember to zoom up at approximately 45° and avoid extending away horizontally, since the LaGG-3-8 seems to lose quite some speed in level flight. Zooming away at higher angle will turn some speed that would otherwise be wasted into altitude, which you can use for another dive.

If up against a fighter or single engine aircraft, aim for the main mass of the plane, the fuselage. If up against a heavy fighter or bomber, aim for a single engine or wing. Usually a burst of cannon fire into these areas will do critical damage. If you happen to come up against an aircraft with similar armament (central cannons), take a few pot shots, roll and dive out of the fight to a safe distance. However, against most other planes, the nose mounted armament of the LaGG-3-8 excels. Another thing to watch out for is the plane's fragile engine, as it can be easily knocked out by aircraft with heavier armament.

The LaGG-3 was designed by Soviet engineers Lavochkin, Gorbunov, and Gudkov to replace the LaGG-1. The original LaGG-3 prototype was made almost entirely out of wood. The airframe was made out of special multi-ply wood bonded with resin. The wings were similar to that of the Yak-1, the difference being the LaGG wing was made in two sections. The fuselage was similar to another Soviet fighter, the MiG-3. Armament includes a 20 mm ShVAK rapid-fire cannon with 150 RPG mounted in a hollow shaft. A 12.7 mm Berezin machine gun was synchronized and mounted on the engine cowling with 170 RPG. The LaGG-3 had many problems during production, the Klimov M-106 engine was powerful but unreliable. The Klimov M105, however, was more reliable but weaker. This led to the LaGG-3 being severely underpowered and disliked by many pilots. This led to Lavochkin's decision to install a more powerful Shvetsov M-82 radial. Which gave birth to one of the most feared fighters in the game: the La-5.