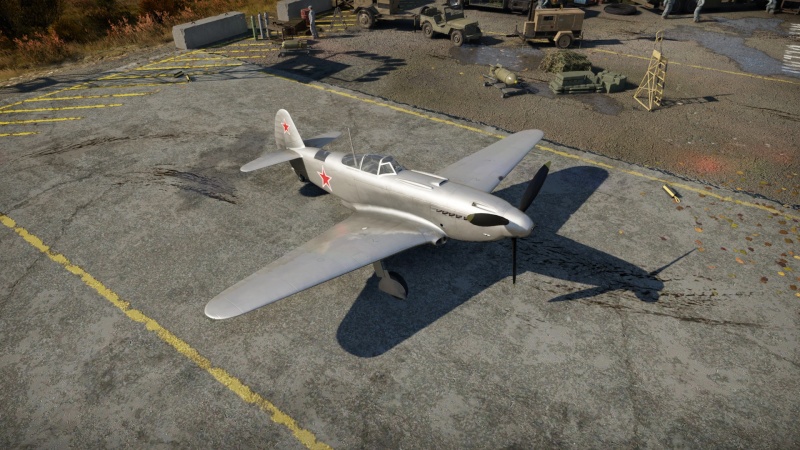 The Yak-9P is the first Soviet single-engine fighter with a customizable armament in the form of the centreline cannon firing through the propeller hub. All cannon loadouts have two synchronized 20 mm B-20S cannons in the nose; these are effectively ShVAKs with a slightly higher rate of fire and retain the same belts. The Default belt is quite good as it has AP-I rounds for starting fires and FI-T rounds for ease of aiming and some mild explosive damage. Those confident in their aim can use Armoured Targets for higher AP-I content. Avoid belts containing HE-F rounds since they have less explosive content than the FI-T rounds and deal very little damage.

In Air AB, it's best to stick to moderately low altitude (below 5,000 m), as is typical with Soviet piston-engine aircraft. Though the VK-107 engine in the Yak-9P is significantly more powerful than the VK-105 engine used in most previous inline-engine Soviet fighters, its performance keeps getting worse as the plane goes higher, though the Yak-9P's maximum effective altitude is slightly higher than VK-105 Yaks. The Yak-9P's significantly better armament compared to the Yak-9U allows it to take down even heavily armoured foes, and with the 23 or 37 mm cannon upgrades, the Yak-9P can be a devastating interceptor against bombers that haven't climbed. It can be played somewhat like a heavy version of the Yak-3P - faster and with better armament options, but not as manoeuvrable overall.