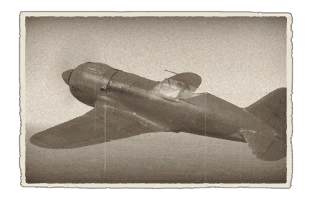 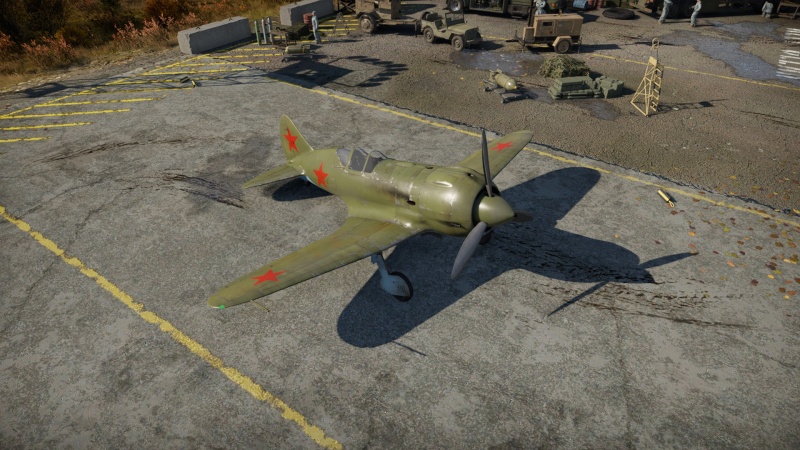 The I-185 (M-71) inherits the characteristics of its predecessor while improving on its flight characteristics, due to its more powerful Shvetsov M-71 engine. The aircraft has a more powerful main engine, giving it a noticeably faster climb rate than its predecessor. The climb rate is very impressive for its tier, allowing the I-185 to reach higher altitudes in a very short timespan. However, similar to other Soviet propeller planes, the I-185's engine rapidly loses performance above 4 km in altitude, which prevents the aircraft from flying effectively at higher altitudes.

The I-185's manoeuvrability is relatively good, and is very similar to that of the German Fw 190. It has a great roll rate, but a lacklustre turn rate that is uncompetitive with aircraft it frequently faces at its BR. The aircraft does have a sturdy airframe (with a wing-break speed of ~800 km/h IAS) meaning that the aircraft can survive dives much better than aircraft of the Lavochkin tree. Finally, it is worth noting that the aircraft features automatic slats, which can improve low-speed manoeuvrability.

Radiator, Compressor, Offensive 20 mm, Engine Repair, Engine Injection, New 20 mm Cannons, Wings Repair, Survivability Modifications, Fuselage Repair, and only lastly the ordnance. (Note that Airframe might have to be researched after the Compressor in order to unlock the Tier 3 modifications)

The I-185 (M-71) can be thought of as a Russian Fw 190, and has very similar performance to its German counterpart. The aircraft should be used as a Boom & Zoom aircraft, and can perform this role very well due to its good high-speed performance. At the start of a match, utilize the I-185's impressive climb rate to quickly get to its ceiling of ~4,000-5000 m in altitude. However, it is typically not advised to climb to higher altitudes, as the aircraft's engine will practically suffocate above this altitude.

At this altitude, the aircraft can be used for B & Z similar to the Fw 190. Note that the aircraft's lower operating altitude may leave enemies above you - thus, it is crucial to pay attention your surroundings. Do not engage in a turnfight - the I-185's poor turn performance means that it can be outturned by practically every aircraft it faces, save for some variants of the Fw 190, P-47 and most twin-engine fighters. Aircraft such as the Spitfire will turn circles around you, and easily rip your airframe to shreds.

If being pursued by enemy aircraft, the best option for the I-185 is to dive away. Utilize the aircraft's good acceleration and high maximum speed to dive away from enemy aircraft as fast as possible. However, some aircraft such as the American P-51 and P-47 can easily catch up to the I-185 in dives. Against such aircraft, the best way to defend is to utilize the aircraft's great roll rate. Force the attacker into manoeuvres such as the Rolling Scissors, so that you can utilize your superior roll rate to potentially pull a reversal on them.

Finally, the I-185 (M-71) could potentially be used in a CAS role (either in Air or mixed battles), due to its surprisingly-plentiful ordnance options. However, be aware that the aircraft is very vulnerable in this role, and can easily be shot down by pursuing fighters. The 2 x 250 kg loadout is effective against most hard targets (such as tanks and pillboxes), but severely impacts performance. The aircraft's rockets are also effective, especially in mixed battles where they can penetrate the sides / back of most tanks at its BR.