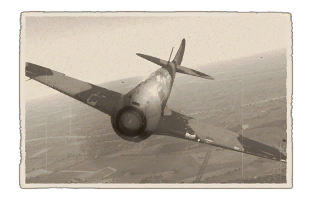 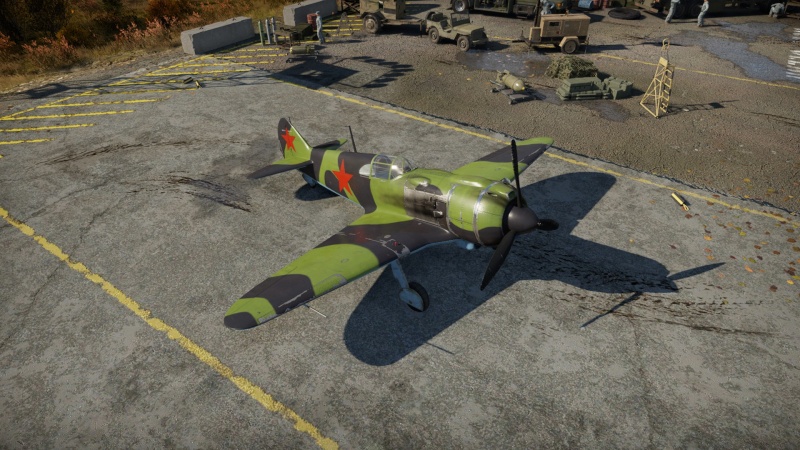 The La-5 is an energy fighter. While having decent manoeuvrability, it is sluggish when flown at low speeds and suffers from the control surfaces locking up at higher velocities. It is best to gain altitude, stay around 2,000-3,000 m and make short dives on distracted or weaker enemy planes.

The La-5 can be outfitted with the following ordnance: 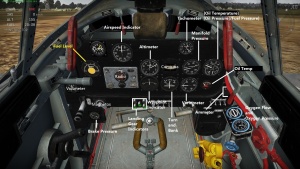 At the start of the game, climb high and wait for the first dogfight to commence. Once the other planes are engaged, dive on one, fire a good burst, and pull away back to around 3,000 m, and do it again. Shallow dives like this typically best take place at a lower altitude than other boom and zoom aircraft, but here is where the plane's speed will be optimal for manoeuvrability. If you pick up a tail, speeds of around 300 km/h (186 mph) are the best for manoeuvring. This plane is one of the first Soviet fighters in the game to have a powerful engine, WEP, and effective cooling. 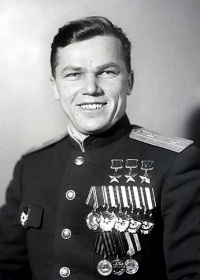