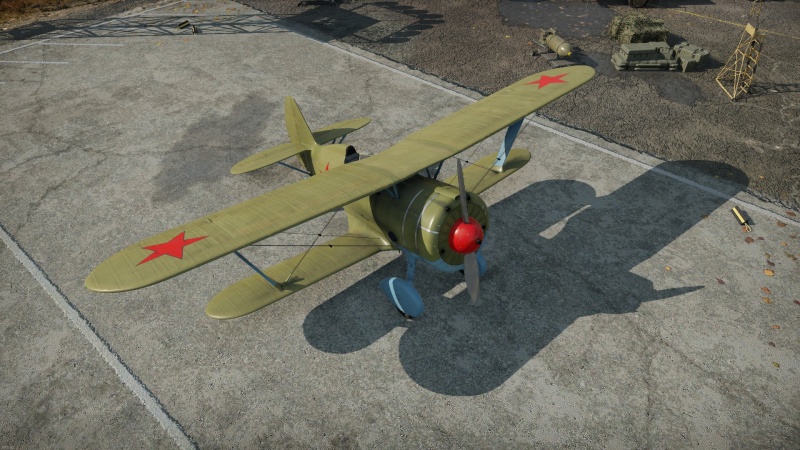 The I-15bis does not have significant armour protection. All the important modules are located in the front half of the fuselage, and the large fuel tank is not self-sealing. With all the important modules packed together, well aimed shots will have little trouble causing significant damage very quickly. As such, the I-15bis must rely on other factors, such as manoeuvrability, in order to increase its survivability.

Like other I-15 models, try not to go face-to-face against enemies and instead manoeuvre around and dogfight the enemy from advantageous positions. With 3,050 rounds in the four machine guns, greater firing time can be afforded to lead shots into the enemy. As such, the aircraft is quite friendly to beginners with low gun accuracy.

Ground pounding ability is average as there are only few bombs and rockets. The 6 rockets, with accurate aiming, can destroy 3 targets, whether them be tanks or pillboxes. The small 50 kg bombs can be used on light pillboxes. Once the suspended armaments are gone, the 4 MG are good for killing soft targets like trucks, artillery and AA cars.