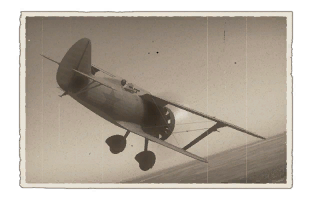 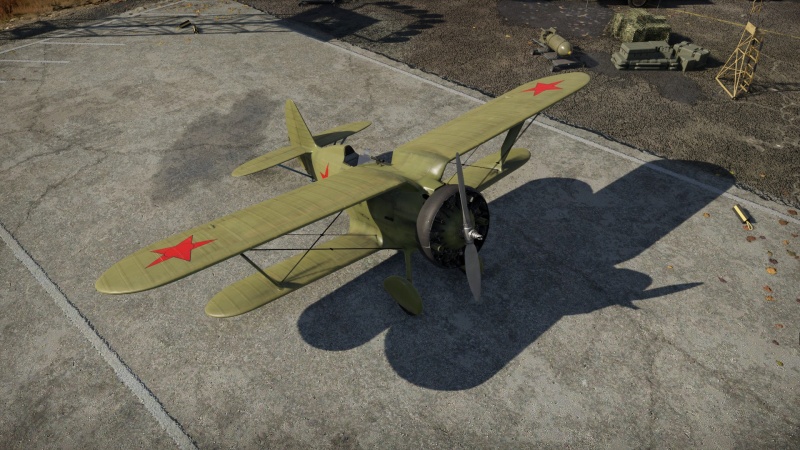 The I-15 WR is a single-engine fighter developed by the OKB Polikarpov as the I-15 (TsKB-3), first released in 1934 which featured a biplane mixed design with a gull-type upper wing, open cockpit and non-retractable landing gear. The I-15 WR fighter was developed at the Central Design Bureau under the direction of N. N. Polikarpov. This aircraft was a further development and refinement of the existing I-5 and I-6 fighters. The main task of the designers when creating the I-15 WR was to improve aerodynamics without significant changes to the overall size of the aircraft. The first prototype first flew in October 1934 under the direction of test pilot V. P. Chkalov. This aircraft had an American 9-cylinder star-shaped, air-cooled engine Wright Cyclone SGR-1820-F-3 installed which had a take-off capacity of 715 litres.

Preparations for mass production of the I-15 began even before the completion of flight tests. The first serial fighter of its type, the I-15, was built at aircraft factory No. 39 the summer of 1934. The initial armament of this fighter series consisted of two 7.62 mm synchronized PV-1 machine guns ("Aircraft machine gun" - a version of Maxim machine gun designed for installation on aeroplanes) with 750 rounds of ammunition per barrel. Cartridges loaded into ammunition belts and were housed in the central part of the fuselage just behind the gas tank. Provisions were made to also collect the spent ammunition casings. Aiming the machine guns was carried out using an optical sight OP-1 (a variant of the British "Aldis"), which was placed on the edge of the pilot's visor. In the event the optical sight failed, a backup mechanical ring sight, the KP-5 was attached to the telescopic sight tube.

Under the lower wing, four Der-32 bomb racks could be installed for small-calibre bombs with a total mass of up to 40 kg (4 x P-7, or 4 x AO-8, or 4 x AO-10), however, two 50 kg FAB-50 bombs could be taken as maximum payload as is the option here in War Thunder. Total aircraft production in 1934, between the two Moscow Aviation Manufacturing Plants, No. 1 and No. 39 produced 94 I-15 fighters. The first batch of 50 aircraft featured the American SGR-1820-F-3 engines installed as manufactured, however, after April 1934 the rest of the Wright Cyclone engines underwent alterations and improvements at the request of Soviet engineers in which particular changes were made especially to the machine gun synchronization mechanism installed on the engine.

The I-15 WR does not have significant armour protection. All the important modules are located in the front half of the fuselage, and the large fuel tank is not self-sealing. With all the important modules packed together, well aimed shots will have little trouble causing significant damage very quickly. As such, the I-15 WR must rely on other factors, such as manoeuvrability, in order to increase its survivability.

The I-15 WR can be outfitted with the following ordnance:

you can also go for even bigger targets (bombers) for easier aiming. However you want to be more careful when hunting bombers, since with the Sim control (whether it be mouse joystick or a real stick) the plane will manoeuvre much more gently, making itself a great target for the bomber's gunners. Do not follow behind a bomber's 6 unless you are sure that its tail gunners are unconscious. Chasing behind a bomber makes yourself stationary for the tail gunners, and you will be showered with bullets. Your big radial engine will usually get damaged. Instead, before attacking, get an altitude advantage over the bomber by flying around 2 km above it. The bomber should only fill up about 1/6 of your gunsight. The best position for an attack is at the bomber's high 6 so you can adjust the lead much easier. Dive at the bomber, but not directly at it, try to predict where you two will crash by imagining yourself as a missile, that's where you should aim at (deflection shooting). To maximise the damage it is better to aim for their wings and engines, as the fuselage usually soaks up quite some bullets. Only fire when the bomber passes in front of your guns. This short window might seem inadequate to do anything, but with a accurate burst on the engine the 4 MG can at least damage it. With an engine damaged most bombers cannot go far.

Ground pounding ability is poor as there are only light bombs. The small 50 kg bombs can be used on light pillboxes, or base bombing if you want, although the effect is almost non-existent. Once the suspended armaments are gone, the 4 MG are good for killing soft targets like trucks, artillery and AA cars.