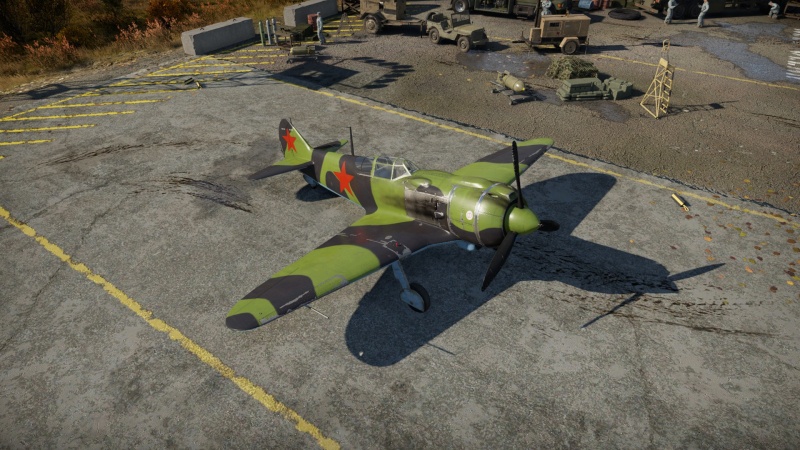 From the spring of 1943, the La-5F began to be produced with a lowered fuselage spine fairing and a convex drop-shaped cockpit. The armoured headrest on the pilot's seat was swapped with bullet-proof glass.

This and the improved quality of the plexiglas gave the pilot an excellent all-round view. An emergency release system was fitted to the cockpit canopy in order to ensure that if the plane was shot down, the stiff canopy would not prevent the pilot from jumping out of the plane and parachuting to safety.