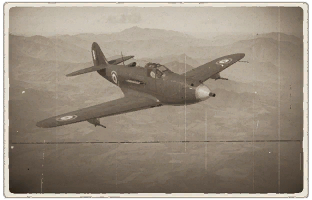 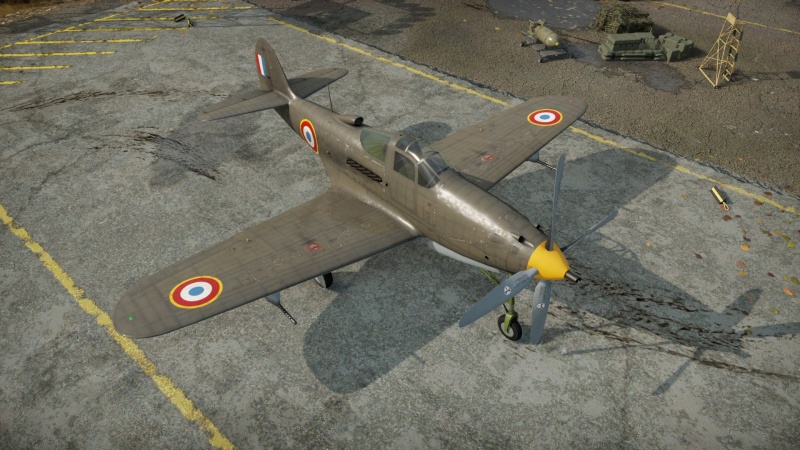 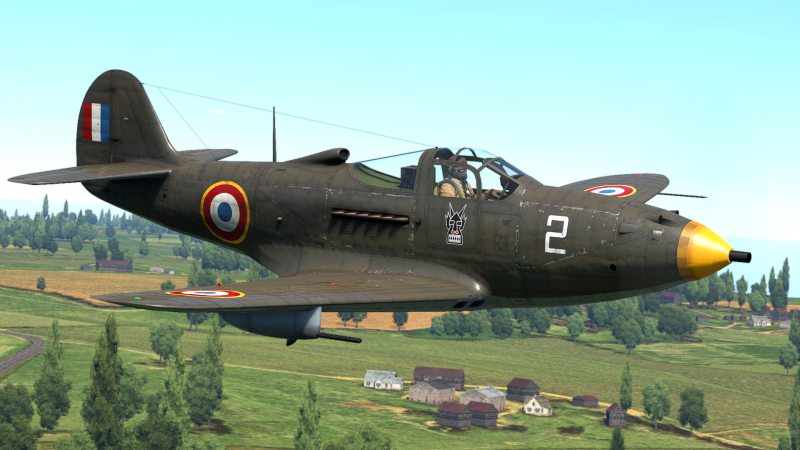 The ▄P-39Q-25 Airacobra is a premium gift rank III French fighter with a battle rating of 3.3 (AB/SB) and 3.7 (RB). It was introduced during Update "Ixwa Strike" as a reward for Battle Pass: Season III, "Strength athletics".

The P-39Q-25 (France) can be outfitted with the following ordnance:

The best way to play this aircraft is to exploit its respectable low-altitude performance and good turn rate. The engine will start to lose power above 4,000 m. It is best used performing Boom-and-Zoom tactics.

The plane has good energy retention and effective vertical combat capabilities. You can exploit this when you have to fight planes you can't outturn, for example Spitfires, A6Ms and other Japanese fighters. There will be some planes doing vertical manoeuvres better (J2M, Bf 109), but most likely you can easily beat these kind of enemies when it comes to horizontal dogfighting.

The dive speed is above average, so only use it to escape from light enemies (I-16s, Japanese turnfighters and Spitfires). Any other American plane can out-dive you.

The Airacobra's 37 mm M4 cannon in the nose will jam easily, so never spray or engage in long bursts. Also the M4 has a very low ammo count, together with a short effective range, a low velocity, and is horribly inaccurate. If you want to use the cannon against air targets, your best choice of belt would be the "Default" belt as it is entirely made of HEFI-T* shells, which can tear apart or set on fire any plane in just one hit.

The .50 cal machine guns coming with a sufficient ammo pool (but it can disappear quickly, so dont spray too much). They are getting mid-war belts, so its the best to equip the "Universal" belt as it contains a lot of M8 AP-I rounds. If you feel confident aiming the M2 Brownings, you should take the "Stealth" belt as it has the highest chance to set an enemy plane afire.

In summary, this plane is a solid opponent if used correctly. The plane is equipped to deal with almost enemy planes with its turn rate, its energy retention, its speed, its dive capabilities and its armament.