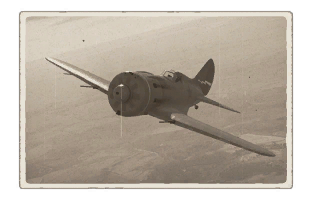 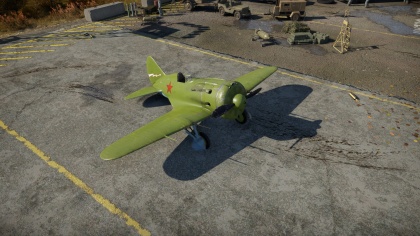 Before engaging a fight, it is better to have an altitude advantage first. When approaching the fight try to figure out which is your teammate and which is the enemy, to avoid going for a second pass, as the energy retention of the I-16 is rather slow. Also pick your target carefully. For easier aiming, you want to go for those unmaneuverble twin engine aircraft like Ju 88 or Ki-45, or bombers if there are any. Given the bad forward visibility of the I-16, these are the best options as they are quite slow and sluggish, and are a bigger target to hit. When dealing with fighters, it is way harder to aim. The elevator control of the I-16 is extremely sensitive, giving it good maneuverbility, but at the same time, bad handling. The I-16 will respond in a very fast turn upon moving your stick / mouse by a little bit, which makes tracking nimble planes quite hard. But once you get used to it, try to lure every enemy into a turnfight, as that is where the I-16 shines. Several hits with the ShVAK cannon will effectively damage the enemy. If you find an enemy at your 6, utilise your great roll rate to do defensive maneuvers like scissors to make them overshoot. Or you can simply do tight turns, most monoplanes won't be able to cut inside your turn and they might disengage. Important note: DO NOT put too much rolling and pitching input at once, as aforementioned the I-16 tend to enter spins easily.

Just like the SB 2M, the I-16 can still fly when it's extremely slow, causing it to bounce up during landing which can lead to a fatal crash. The trick is similar: slow it down more than other aircraft. Make sure you are around 1 km from the start of the runway and is no more than 300m high. When the runway fills up your gunsight, drop speed to around 210 kph and deploy landing flaps. The good thing is, the I-16 will not pitch up drastically upon using its flaps so you don't need to counter the extra lift. Make sure that you extend landing gears early as they move very slow (takes around 15 seconds to deploy). When you are about to touch down you should be flying at around 140 kph. You must control the rate of descent (I-16's gears are fragile) and make sure that you are slightly pitching upwards with the nose obstructing the horizon. This way the I-16 should land gently without having to brake for too long. Once you are sliding on the ground, fully deflect your elevators upwards to counter the momentum that can push the nose into the ground. You must release brakes once every 4 seconds, because if you only release them as the nose dips down, it's too late.

Those commonly seen planes are equally good at turnfights and will be a hard target to down since they are very small and agile. To deal with them you need to practice leading and deflection shots, plus maneuvers like barrel rolls and scissors. They are easily damaged by your ShVAK.