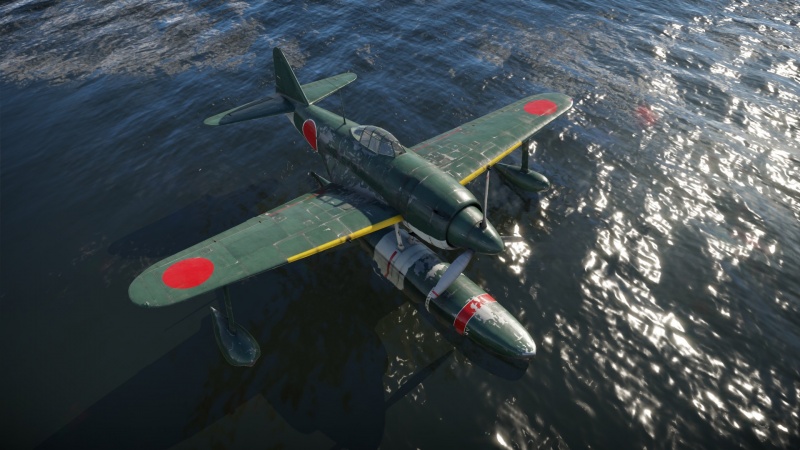 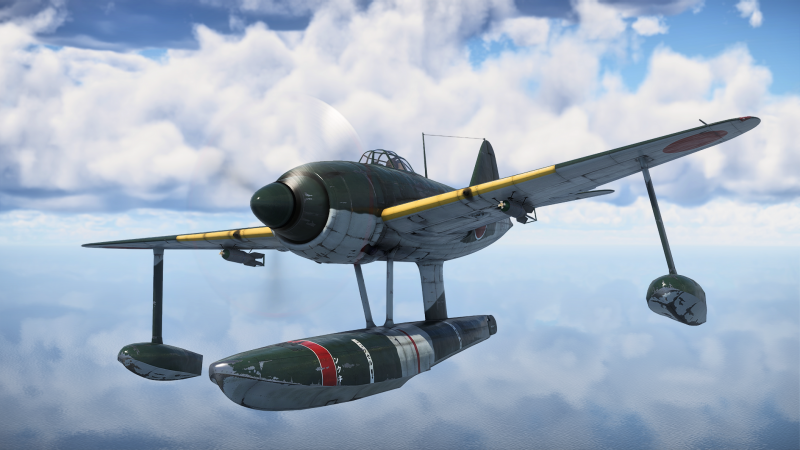 The N1K1 doesn't have great flight characteristics. With an average turn time and rate of climb, it can struggle against other planes at its BR.

The survivability of the N1K1 is typical of Japanese planes and not to be relied on. With non-effective self-sealing fuel tanks, it won't survive many shots, especially if it catches on fire.

N1K1 is considered as best fighter seaplane available in War Thunder, and if you are experienced or mastered the previous A6M2-N, you will be satisfied with the improved flight performance, generous ammo count for 20 mm cannons, and self-sealing fuel tanks to minimize the fire eats up your entire fuselage.

Despite the features it offers, N1K1 is not designed for beginners as the floats still hamper the plane's performance, and without proper knowledge of energy retention management, you'll be a sitting duck in no time.

Some Kyōfū's were based in Indonesia and were used as a interceptor of bombers with the use of aerial bombs that would detonate after a short time attempting to bomb American bombers such as B-24s/PB4Ys and B-29s.

Other Kyōfū's were stationed in the mainland, primarily at Sasebo Air Group and the Otsu Air Group but have almost no record of battle.