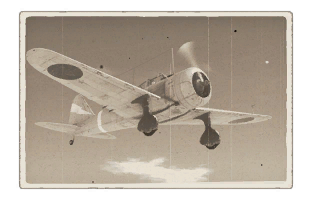 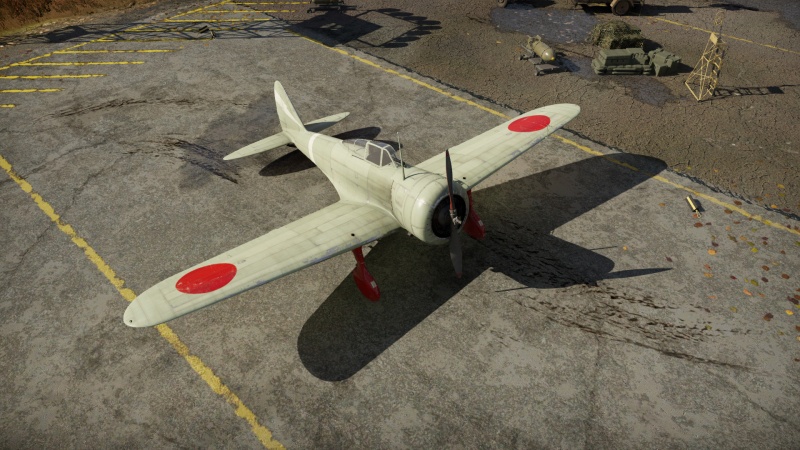 The Allied reporting name for this plane was "Nate"; however, it was also called "Abdul" in the "China Burma India" theater by many post-war sources.

Additionally, the Ki-27 runs hot and will overheat at 100% throttle on all but the coldest maps. To cool off, ease the throttle back to 40% or 50% and, if possible, try to gain altitude. If the engine overheats during a dog fight, try to break off if the opportunity presents itself. No pilot can outmanoeuvre on an overheated engine.

The Ki-27 does not have any armour, so your great turn rate is the only real defence. The fuel tanks aren't self-sealing either, which only strengthens the need to use your great turn rate. There is one fuel tank above and behind the oil cooling system; the rest are in the wings, with 2 in each wing.

At this rank, the order of research is mainly personal preference, though the Ki-27 Otsu will benefit significantly from defensive and performance enhancing modifications.

Biplanes make easy prey for the Ki-27, and it can easily outmanoeuvre the P-36 Hawk, the F2A Brewster Buffalo and the I-16 Ishak, but their stronger armaments will knock out a Ki-27 in a single good burst. Simply outrunning any of them is an excellent evasive manoeuvre. Hurricane Mk Is can strictly compete with the Ki-27 Otsu in manoeuvrability, but the Hurricane's heavier armament (four times that of the Ki-27) can also quickly shred a Ki-27. Additionally, outrunning a Hurricane in a Ki-27 is not possible. I-15s, which the Ki-27 historically outperformed, will be the bane of a Ki-27s existence, as their excellent turn ability will force it into energy bleeding manoeuvres or Boom & Zoom style combat. Risky with competition around to abuse either state.