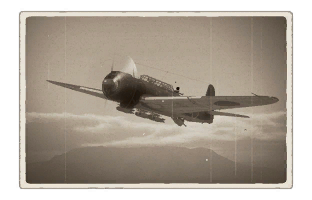 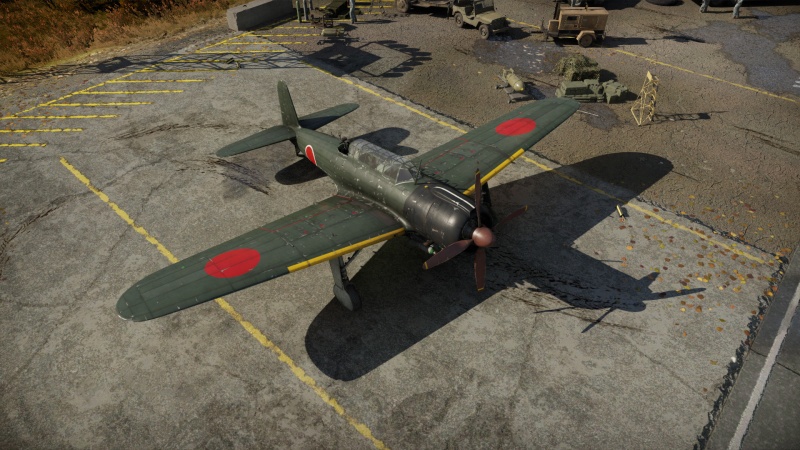 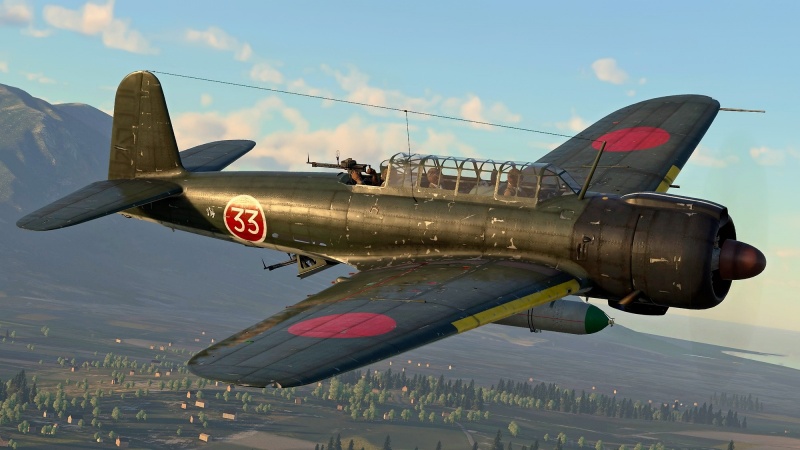 The B6N1 Model 11 (officially designated the "Tenzan" (Heavenly Mountain)) is a rank II Japanese bomber with a battle rating of 1.7 (AB/RB) and 2.0 (SB). It was introduced in Update "Starfighters".

The Tenzan is the replacement of the B5N offering a longer range and better speed. It comes defended with an additional rear machine gun in a ventral position compared to the B5N. Plagued with mechanical issues caused by the Nakajima Mamoru 11 engine, it would be replaced rather quickly by the B6N2 Model 12. 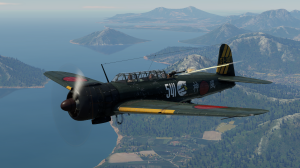 Great rudder responsiveness, good roll rate, and surprisingly good energy retention! The B6N1 Model 11 is capable of turnfighting with its humble frontal machine gun, and if they get on your 6, your turrets will offer some protection. 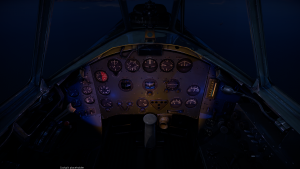 The new cockpit of the B6N1

Choose your rounds wisely. The Stealth belt is a great pick because it has two incendiary bullets, and lots of armour-piercing rounds. Universal is a great pick if you need a tracer or two to guide your shots. Don't use the Tracers belt, it won't do much. Default isn't really good, the ball bullets hinder performance.

The B6N1 Model 11 can be outfitted with the following ordnance: 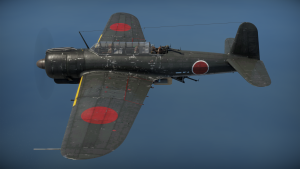 B6N1 showing off its large wings. These wings give the plane a great speed and turning ability

The Type 92 turrets are absolutely horrible at dealing with higher BR planes, but it works wonders on biplanes. You will often face certain biplanes at this BR, and since they are slow, you can often get good shots on them. Use the Default belt and shoot into the engine to start an inextinguishable engine fire. This works quite often with the Default belt. The AP-T round is a good pick if you aren't a good gunner, because the extra tracers will scare the enemy off. Most biplanes don't want to get too close when they see a wave of tracers appear from your turrets. 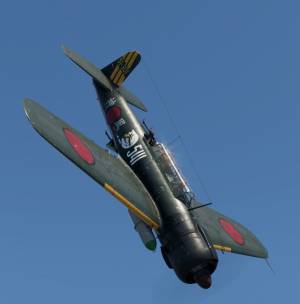 The B6N1 diving on an unsuspecting target

Your frontal machine gun is your biggest asset. Unlike the B5N2 or other B6Ns, the B6N1 carries a frontal machine gun that can destroy light AAA trucks or Armoured cars. Or even enemy planes in uptiers, as the B6N has an amazing turn rate for a monoplane, but will have issues trying to out-turn biplanes. 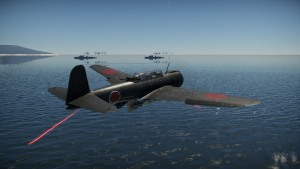 The B6N1 was the first stage of the B6N series, and was fitted with a Nakajima NK7A Mamoru engine in favor by Nakajima instead of the more readily and proved Mitsubishi Kasei engine the Navy suggested.

After 2 prototypes of the B6N1, 133 B6N1s were manufactured and immediately issued to the last remaining aircraft carrier groups such as on the Japanese carrier Zuikaku.

Due the slow and costy production of the NK7A engine, the B6N1 was halted in production in favor of the B6N2 with Mitsubishi MK4T Kasei 25 engine. 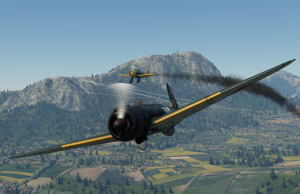 The B6N1 using its turrets to damage the Peashooter