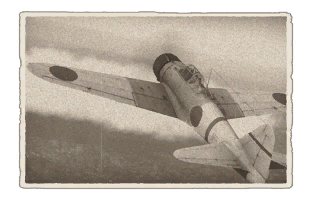 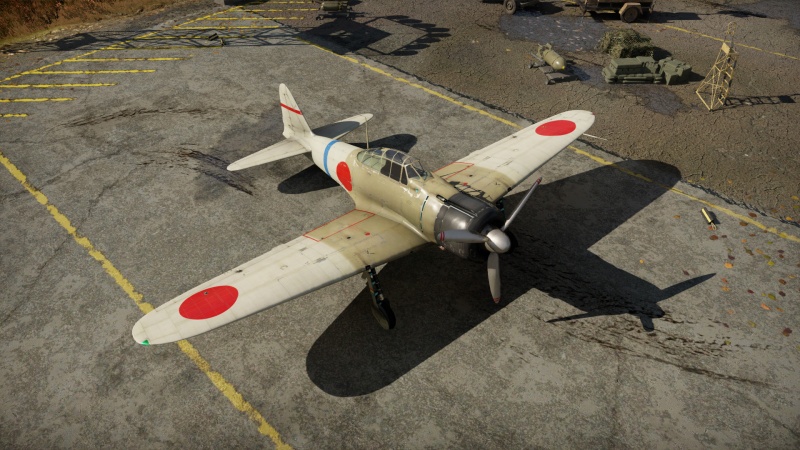 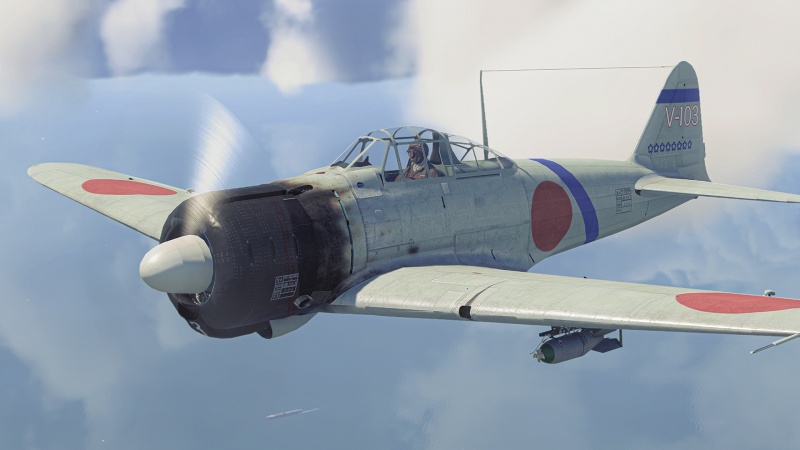 The very first production model of the A6M series was intended for evaluation combat over Chinese skies. Unlike the latter variants coming after the Model 11, it lacks a tail hook for carrier landings, foldable wing tips, and the ability to carry external fuel tanks.

The Zero is almost the ideal dogfighter. Very good turn times and better overall manoeuvrability let you easily move onto the tail of the enemy. It is slower compared to most of the opposition, thus be mindful of what is around you.

The A6M series was stripped of all armour to lighten the aircraft. This means that your pilot is easily sniped and your fuel tanks, which are not protected, catch on fire very easily.

The 2 x 20 mm cannons make this aircraft a frightening foe. Be mindful of the low ammo count.

The A6M2 mod. 11 can be outfitted with the following ordnance:

Although this aircraft can carry bombs, it makes you an easy target and is really not worth the added weight in realistic or simulator battles.

The best tactic to use in this aircraft is to sneak up behind your enemies and use your excellent turn rate to your advantage, something that most other fighters don't have at the BR. The most dangerous enemies in this aircraft come from above, Boom and Zoomers will rain fire from above if you are not careful.

Force an enemy pilot into a dogfight at 370 - 400 km/h and below 6,000 m. At this speed and altitude, no enemy fighter can out-manoeuvre or out-climb you. Jump on cruising enemy aircraft from above. Fasten onto the tail of the bandit, use your superior manoeuvrability to match his evasive moves, and put enough rounds into him to bring him down. Use your machine guns first to "bore-sight" the enemy - once you get hits on him, finish him off with your cannons. Below 480 km/h you can fling the Zero all over the sky to get on an enemy's tail or to shake off all but the most determined attacker. Climb away from most enemy aircraft, hanging on your prop in a near-vertical climb. Manoeuvres like the Immelmann are easy, and heavier fighters can't stay with you. The Zero rolls faster to the left than to the right. Roll left to tighten your turn and get onto the enemy's six. Don't dive away from attackers - your plane doesn't have the power or weight to out-run most fighters. To exploit your plane's best performance, force the enemy lower and slow down the pace of the engagement.

The A6M2 mod. 11 was the third prototype to be built. It was powered by a 950 hp Nakajima Sakae engine. Production started in 1939 and a total of 64 were built. These aircraft saw combat in China.