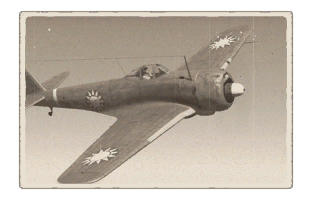 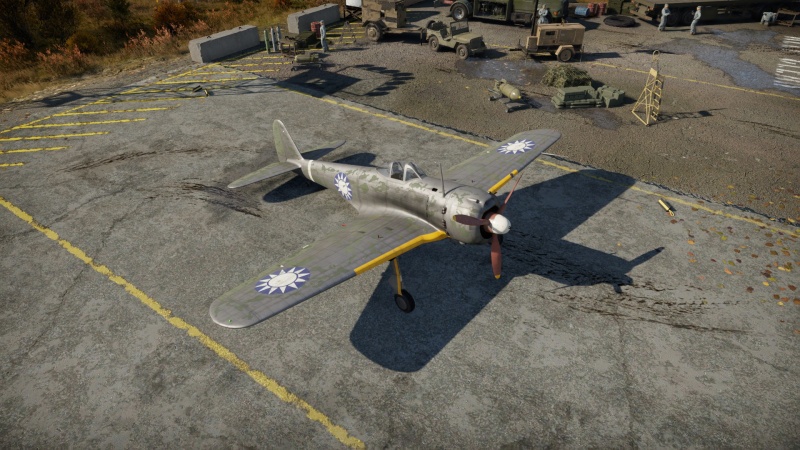 The Ki-43-III ko is armed with a pair of nose mounted 12.7 mm machine guns with 250 rounds of ammunition per gun. While this armament is nothing particularly special it is reasonably effective, and better than some comparable aircraft. The nose mounted position of the guns makes them easier to aim and means that you do not need to worry about convergence. Depending on personal preference either the air targets or stealth ammunition belt is typically best to use.

After some time in the field, the Ki-43 was to receive a major upgrade based on feedback from pilots, which included replacing the Ha-25 engine with the more powerful Ha-115 engine, a two stage supercharger, pilot armour, self-sealing fuel tanks and many more minor improvements. The first prototype of what was to become the Ki-43-II (Army Type 1 Fighter Model 2) was completed in February 1942. The last major modification of the Ki-43 was done in 1944, combining the minor modifications of the IIa and IIb with the more powerful Nakajima Ha-115-II engine. These minor modifications over the Ki-43-II included a reduced wing-span (improving the plane's low and medium speed performance), increased pilot armour, improved oil cooler, and modified carburetor intake. This new Ki-43-IIIa (Army Type 1 Fighter Model 3A) entered production in October 1944 with approximately 1,000 being completed before the war ended. The Ki-43 would become the most numerous of all the Japanese Army's fighters. While operating in Malaysia and Burma the plane received the codename "Jim" and in the Pacific Theatre it received the allied codename "Oscar". The codename "Oscar" was eventually selected as the official code name for the airplane by the Allies.