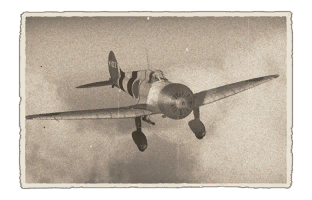 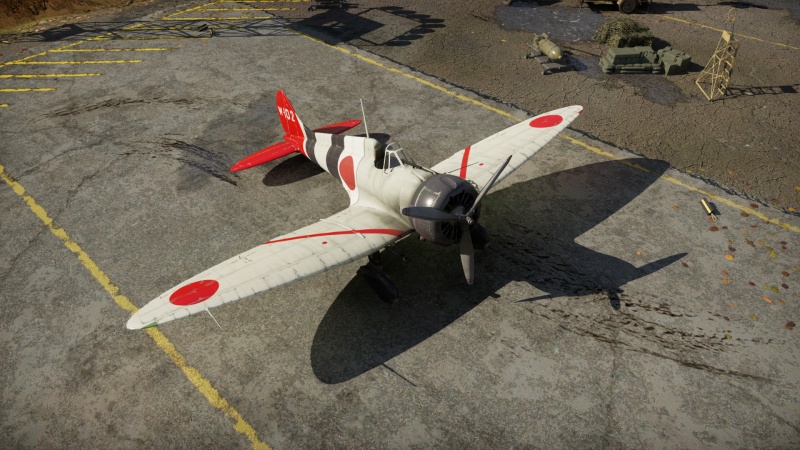 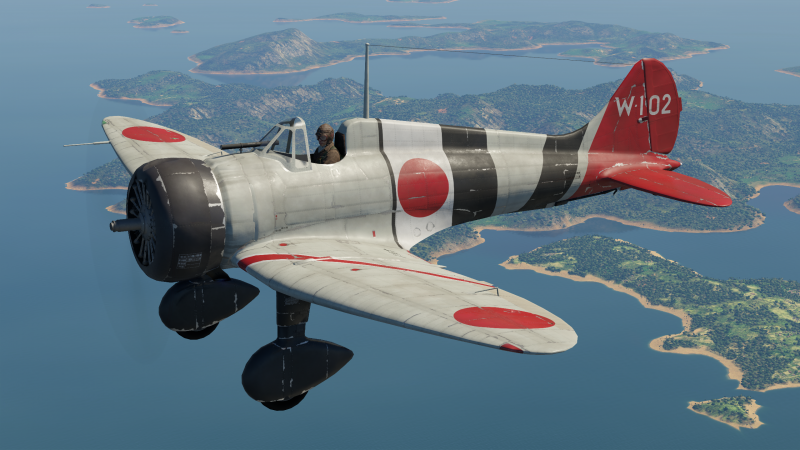 Hagiri's A5M4 is a premium rank I Japanese fighter with a battle rating of 1.3 (AB/RB/SB). It was introduced in Update 1.31. The plane is painted after the camouflage scheme of Japanese pilot Matsuo Hagiri, who used the A5M4 during his time in the fighter squadron on the Sōryū aircraft carrier.

The Allied reporting name for this aircraft was "Claude". 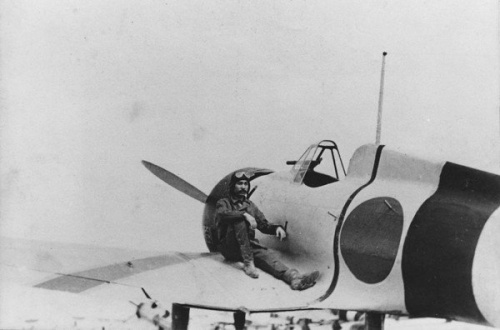 The Hagiri's A5M4 is to be used in a fighter role, staying low and using the extremely quick turn times to get on the tail on the enemy is essential. Keep an eye on ammo levels and well as your surroundings, this is an extremely weak aircraft in terms of armour. It is relatively fast in a straight line, but not as quick as much of the opposition it will be facing in the game. It is recommended to use speed against biplanes as their turn times are nearly matched if not better than this monoplane. 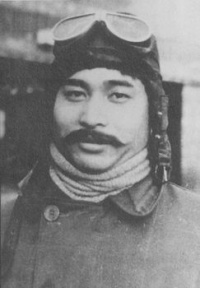 Japanese ace pilot Matsuo Hagiri of the Imperal Japanese Navy.
Matsuo Hagiri was born in Shizuoka Prefecture on the southern coast of the Japanese island of Honshu in November 1913. After finishing school he worked briefly as a fireman before joining the Enlisted ranks of the Imperial Japanese Navy. A gifted aviator, Hagiri was streamed onto single seat fighters after the excelling during the notoriously harsh and competitive training regime of Japanese naval aviators. He graduated from flying training in 1935; by 1939 he had risen through the ranks to become a Petty Officer – 1st Class and flew the Mitsubishi A5M4 fighter as part of the carrier Soryu's embarked fighter squadron. Soryu was stationed in home waters for training after a busy period of operations during the Second Sino-Japanese War. In August 1940 Hagiri joined the 12th Ku - his unit were shortly to equip with the new Mitsubishi A6M "Zero" – a move which was met with some resentment at first by some pilots as the older A5M4 was able to outmanoeuvre the newer fighter in a variety of scenarios during mock dog fights. Hagiri was one of the pilots selected to transport the first batch of new Zero fighters across to Hankow, China for operational use.

However, Hagiri persevered and on August 19th 1940 was one of the pilots who flew with the 12th Air Group in the historic combat debut of the legendary fighter. The mission, led by Lieutenant Tomotsu Yokoyama, involved twelve A6M fighters escorting a bomber force to Chunking. Whilst the Japanese aircraft were not engaged in air-to-air combat the Zero did stun the world by establishing a new record for the longest distance escort mission flown by a single engine fighter at over 1000 nautical miles. However, when the Zero saw its combat debut the next month with Japanese naval pilots claiming 27 Chinese I-15s and I-16s shot down without loss in a single engagement, Hagiri – like his peers – found a new found confidence and respect in his aircraft.

By now a confident and flamboyant character (he grew a long, waxed moustache giving rise to his nickname 'Mustachio') Hagiri joined three other pilots from his unit in a dangerous prank on October 4th, 1940. The four Zero pilots flew to the Chinese airbase at Taipingsze, Chengtu where the four Japanese pilots landed, jumped out of their aircraft and attempted to vandalize a row of parked Chinese aircraft and set fire to the base command post. The alarm was swiftly raised and the four Japanese pilots were forced to sprint for their Zeros, bullets whistling past them as they fled. However, Hagiri still managed to find an opportunity to break away from his comrades and engage three Chinese fighters alone, shooting down two of them before heading for home. By the time Hagiri was rotated out of combat and returned to Japan he had shot down seven Chinese aircraft. With the outbreak of hostilities against the British Commonwealth and the United States, Hagiri was employed in Japan as an instructor.

The next busy period of operations for Hagiri came in July 1943 when, now promoted to Warrant Officer, he flew as part of the 204th Air Group in the Solomon Islands. On September 23rd Hagiri flew as part of a twenty seven aircraft Wing to intercept a combined American/Australian bombing raid against Kahili Airfield in Papua New Guinea and its surrounding anti-aircraft defences. Hagiri shot down two F4U Corsairs of the US Marine Corps (possibly three, according to some sources), but was so severely injured that his treatment required him to return to Japan. After recovering, Hagiri remained in Japan as a test pilot. However, he did see combat again when, along with several other test pilots, he was involved in defensive operations against American bombing raids on the mainland, during which he claimed two B-29 Superfortresses destroyed. In April 1945, he was wounded again by defensive fire from a B-29; this would be Hagiri's last flight.

Matsuo Hagiri is credited with between thirteen and fifteen victories; he passed away on January 15th 1997.