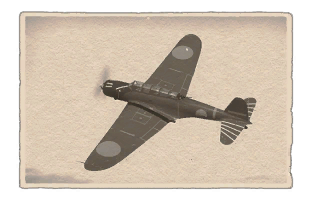 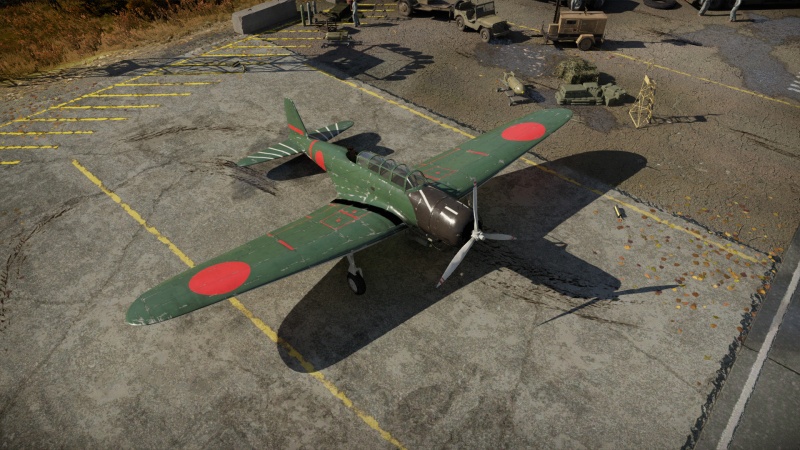 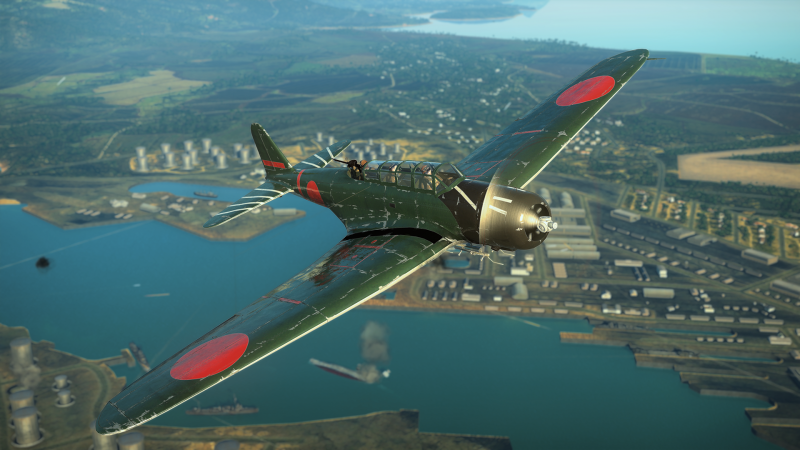 The Allied reporting name for this aircraft was "Kate".

The B5N2 can be outfitted with the following ordnance:

The B5N2 is defended by:

The B5N2 is a Japanese torpedo-bomber that is lacking in offensive armaments and is defended by a single 7.7 mm Type 92 machine gun at the back, which makes it lacking in defence against enemy pursuers. Its greatest weapon is not the speed to outrun enemy fighters but its manoeuvrability and ability to do tight turns against most enemy aircraft till help arrives from the team.

The B5N2 might lack in offensive weaponry such as machine guns and cannons but it has a great variety of payload from 60 kg bombs to 800 kg bombs and even torpedoes in its arsenal to take out ground and naval targets with. Coming with 2 different 800 kg bombs, its important to pick the one most suitable for the mission, preferably the Navy Type Number 80 Model 1 over the Navy Type 99 Number 80 AP, with the benefit that the Type Number 80 Model 1 has a better blast radius and more explosive power than the Type 99 Number 80 AP bomb which is good at taking out a single heavily armoured target. It also come with two different sets of 250 kg bombs that can be dropped one by one and are preferable when striking at two different targets than a singular 800 kg.

Against naval targets, it's most preferred to use the Type 91 Mod.2 and Type 91 Mod.3 to deal with the sailors, keep in mind to dive and get fast speed to quickly get in and out of engagement with a warship or patrolboat to minimize the risk of being shot down. But when doing a dive attack to get the speed its important to not go over the speed limit where the B5N2 can drop the torpedoes without having them explode in the water on contact which would make the attack futile.

Every enemy should be seen as a serious threat to the B5N2, as it does not have an offensive armament. The only thing the plane has when it comes to armament is 1 7.7 mm machine gun, which is not a reliable way to fend off enemies with it lacks damage and doesn't offer the best coverage, but at 1.7 it might be enough to scare off ill-armoured biplanes.

Although a total of 5,928 B5Ns were built, none survived the war. Two B5N's are know to exist, both made from wreckage's. One can be seen at the Pearl Harbor Memorial, it is missing its tail, left wing, engine, canopy, and a few other parts.

The Shooting Range #293 - Pages of History section at 04:22 discusses the B5N and B6N torpedo bombers.