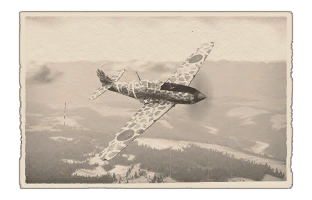 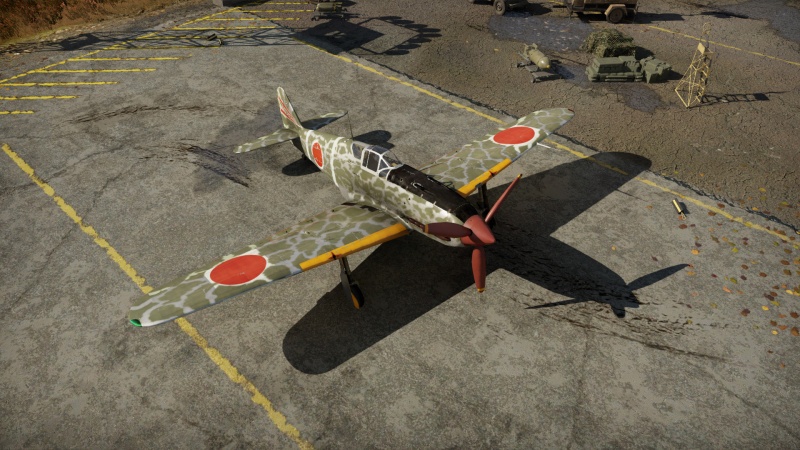 Unlike its more manoeuvrable and agile counterpart, the A6M Reisen, the Ki-61 is more of what one would call an "energy fighter". Compared to the "Zero" it is faster, has a higher climb rate, and handles better at higher speeds. Armed with four 12.7 mm Ho-103 machine guns and plenty of ammunition, the Ki-61-Ib is a more than capable fighter. As a continuation of the Japanese army tree, the Ki-61 is the successor of the earlier Ki-43 Hayabusa. The Hien is faster, has a higher rate of climb, and features a better armament. Utilize these three aspects when facing enemy aircraft.

Unlocking the performance modules should be a Hien pilot's first concern since there are only two weaponry modules. The stock machine gun belts aren't very good in a general sense, but neither are the others. The New 12 mm MGs can be helpful as it allows for longer periods of firing. Unlocking the bomb modules can help on most maps, no matter the game mode. Destroying some extra ground units can't hurt a team's victory chances

The Ki-61-I otsu can be outfitted with the following ordnance:

The Hien is best utilised as a multi-purpose fighter. Although proficient at energy fighting, the Ki-61 is also generally good at standard manoeuvres. It may lose turn fights with some enemy aircraft like the Spitfire Mk Vb/trop, but nonetheless it can still be used in multiple roles. The Hien is your standard "jack of all trades". It's not incredibly good at anything it does but it is even across the board. This allows the Hien pilot to choose what role they want to play in the battle. One could play the reserved, high flying energy fighter, or the aggressive low flying dog-fighter. The Ki-61 allows these choices.

The Ki-61 was first put into service in with a special training unit, the 23rd Chutai, and entered combat for the first time in early 1943, during the New Guinea campaign. The Hiens were sent into a difficult theatre where jungles and adverse weather conditions coupled with a lack of spare parts quickly made short work of the Japanese fighters. Nonetheless, the Hien proved to be a worthy adversary and it even outclassed the P-40. Towards the end of the war, Ki-61s were relied upon heavily to defend the Japanese mainland from B-29 attacks. Some pilots used ramming attacks to down the Superfortresses. Soon, entire "special attack squadrons" were formed for the sole purpose of ramming B-29s.