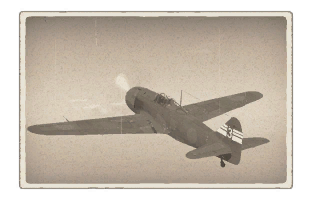 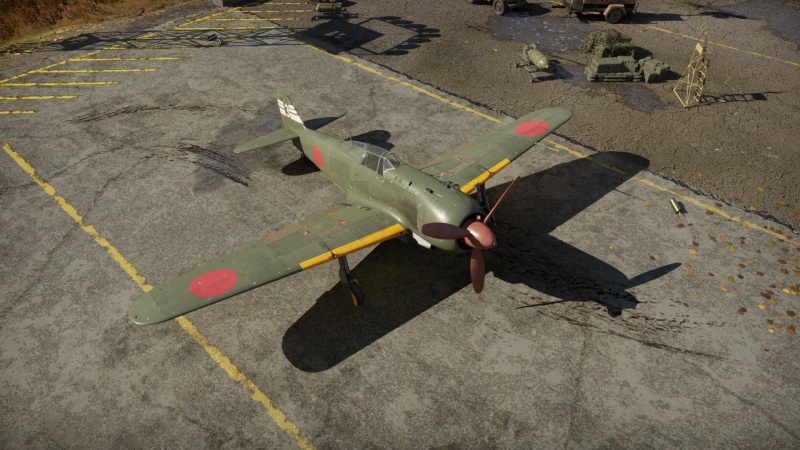 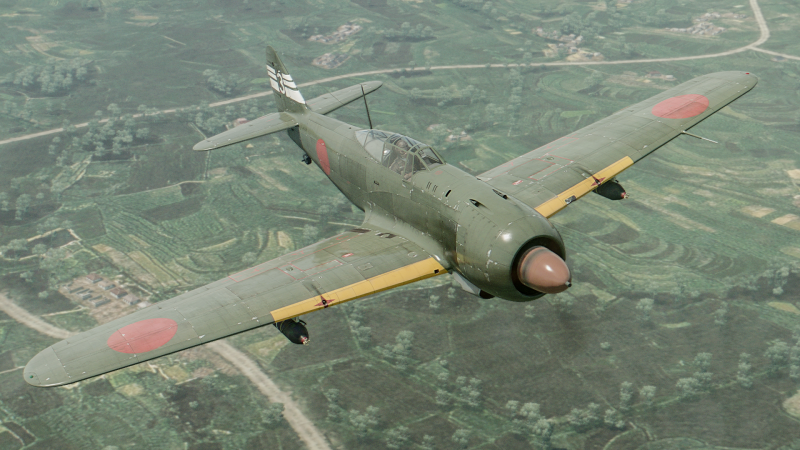 The Ki-100-II can be outfitted with the following ordnance:

Pilots of the standard Ki-100 found in the tech tree should feel relatively comfortable in the premium Ki-100-II. This aircraft offers balanced performance characteristics that allow the pilot to choose how he wishes to fight in the Ki-100-II and adapt to the combat situation as necessary. The performance of the Ki-100-II is characterized by decent climb rate and maneuverability. The aircraft has good (but not the best) acceleration in a dive that makes it suitable for short range "boom and zoom" style attacks. The pilot should position the fighter around 1000 meters above a selected target, dive rapidly, fire a quick burst, and then pull away in a shallow climb to hold the plane's speed and escape. This is the safest way to conduct combat in the Ki-100-II, but there are other options available.

With sufficient speed, the Ki-100-II also has suitable energy retention characteristics for spiral climbs and other moves that can drain your opponent's energy. However, there are other fighters which are still superior in this regard.

The Ki-100-II was a prototype version of the Ki-100, built to improve its high altitude performance in order to improve interception capabilities against high flying American B-29s. It replaced the Ki-100's regular engine with a turbocharged, water-methanol injected one that enhanced performance above 8 kilometres. Ultimately, only 3 were built, with none of them ever seeing combat.