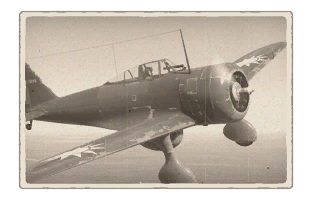 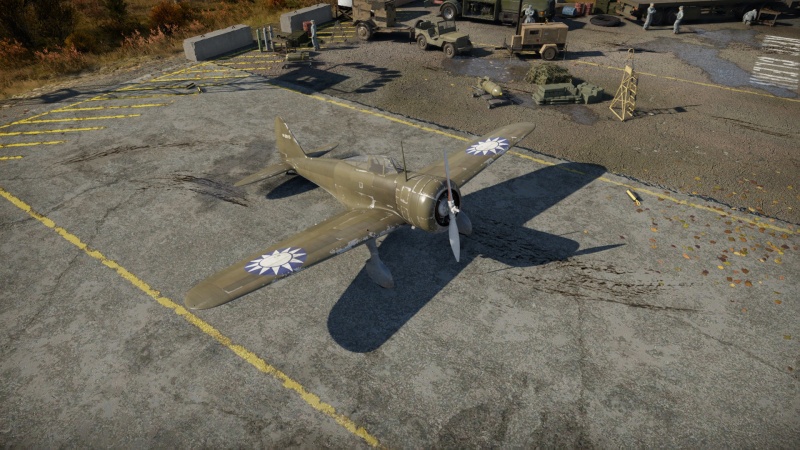 This aircraft is typical of Japanese fighter design: light armour and tight manoeuvrability. This aircraft can out-turn most other fighters of rank 1-2. It dances away from the line of fire with extreme agility, and can strike from high angles with ease.

Typical of low-rank Japanese fighter design, this aircraft has no armour. Due to this, most calibres found in ranks 1 and 2 will make quick work of this plane. Don't let this sway you away from this plane, it makes up for its lack of armour with extreme manoeuvrability. The fuel tanks are not self-sealing. There are 2 in each wing, and a 5th one located close to the oil cooling system.

The two Type 89 machine guns are, unfortunately, pretty underwhelming for the fixed-wing fighter. The Ki-27 otsu will rarely meet aircraft that can be easily handled with just these two machine guns. Players will need the rely on the Ki-27's manoeuvrability to keep the opponent within the machine gun's reach to lay down sustained fire on critical components to cripple the enemy plane and get it to crash, or snipe the enemy pilot.

Despite its low battle rating, you can face some challenging foes when flying the Ki-27. Biplanes will give you a run for your money in terms of manoeuvrability, while some early monoplanes will be faster and more heavily armed than you. Therefore, it is important to judge your foes accordingly.

One of the most challenging opponents is the I-153 Chaika. It is not a mere upgraded I-15bis, but in all performance aspects equal to the Nakajima Ki-27 fighter. Also on the Soviet side, the MiG-3 is a significant threat. It is one of the fastest aircraft in its battle rating and has decent armament. In skilled hands, it can be an almost impossible opponent to combat, especially when using Boom & Zoom tactics against you. Your only defence will be to try and outmanoeuvre it or to lure it into a turn fight. The I-16 is also a familiar opponent.

The Ki-27 was used rather extensively on the Chinese soil by the IJAAF, since 1938 (Imperial year 2558), this type of aircraft has been deployed in different airfields in Mainland China. Where they were being used as frontline fighters, the puppet regime of Manchukuo also used Ki-27 as their fighters after the Japanese retired them from frontline use after severe loss in Khalkhin Gol.

The remaining Ki-27 that survived the war were captured by both KMT and PLA forces, but due to the already outdated performance in regards to the latest fighters and lack of spare parts for repair, these aircraft and its trainer variant (Manshu Ki-79) were mostly used as a trainer for training new pilots, especially for the Chinese Red Army in Northeastern China, where those pilots were becoming the foundation of the new PLAAF.