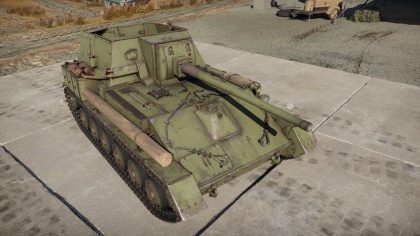 The SU-85A's manoeuvrability is exactly what one might expect when the tank designers start with a light tank and add weight without increasing engine power- not amazing. It has two coupled 70 horsepower motors, giving it a combined output of 140 HP. Weighing in at 12.2 tons, it has a power to weight of almost 11.5 horsepower per ton. As it utilizes high-revving gasoline motors, the SU-85A doesn't have nearly as much torque to help it move around had it been powered by diesel. 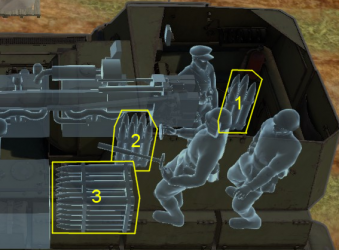