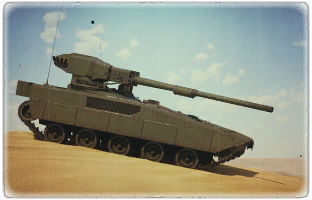 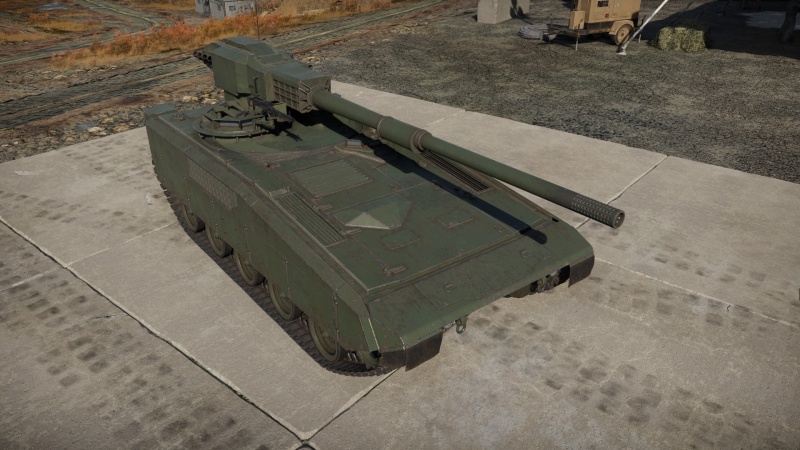 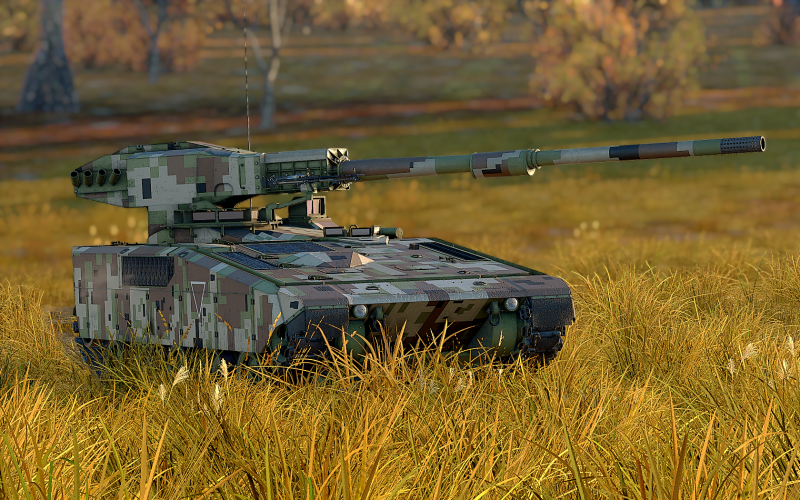 105 mm M68A1 cannon
Two-plane stabilizer
Reduces the swing of the gun in two planes while moving
Autoloader
Automatically feeds projectiles into the breech. The speed does not depend on the skills of the loader
Ammunition30 rounds
First-order8 rounds
Reload5.0 s
Vertical guidance-10° / 16°
Main article: M68A1 (105 mm) 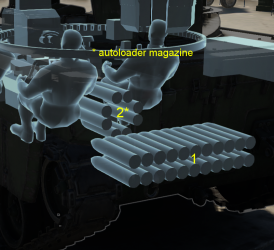 Ammo racks of the AGS

Use the AGS's excellent mobility to get to key points or flank the enemy and try to get into hull-down areas, when attacking enemies keep in mind that you don't have that much armour and your low crew count will get you easily knocked out by a single shot. If you prefer flanking, hit the enemy with a side shot and move around them; if they have a pintle-mounted MG or autocannon, use side scraping so you don't get penetrated. If you get spotted, you have smoke grenades at your disposal: use them and pull back to allied tanks. When you run out of ammo, the only option you have is to resupply at a captured point; but if all the points are taken by the enemy then you are out of luck.

Other vehicles with unmanned turret