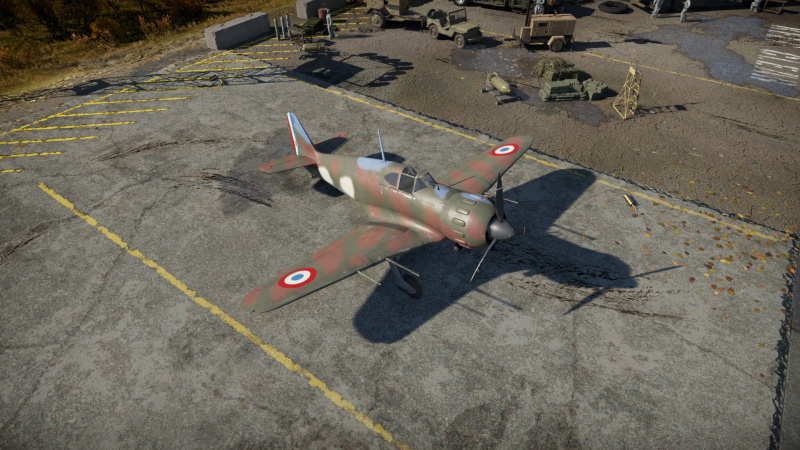 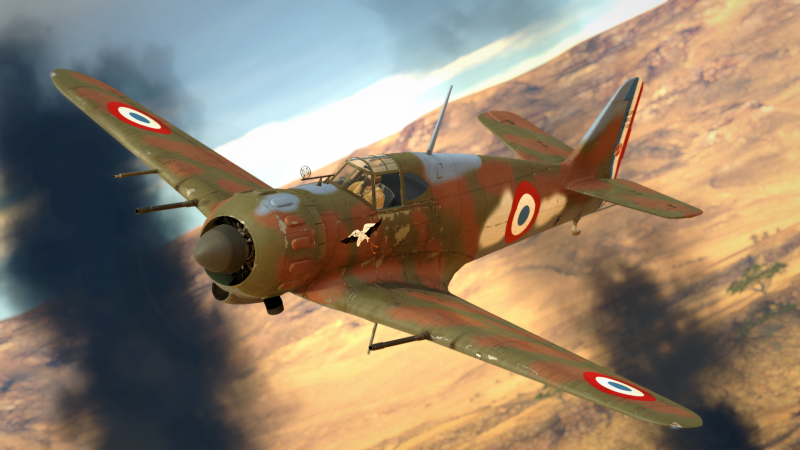 Designed by Bloch to be equal to the Luftwaffe Bf 109 "Emil" fighter, it performs this role in War Thunder as well, being able to compete with the Emils on a more than even footing.

The Bloch M.B.152C1 is a "jack of all, master of none" type of plane. However, unlike other planes in this category, the M.B.152 will perform admirably in most combat situations it's thrown in. Wielding a pair of the powerful Hispano 404s, complemented by a pair of 7.5 mm MAC 1934, it can shred fighters and attackers in a few well-aimed shots.

When flying the Bloch, you can put it into most fighting styles and it will perform fairly well in all of them, with the exception of Boom-&-Zoom due to its mediocre speed, especially when compared to contemporaries like the early Emil Bf 109s. It is, however, suited to energy dogfighting due to its above-average energy retention, good turn rate and acceptable climb rate, so it is recommended to use it in this style.

In terms of belts, the 7.5 mm "Tracers" belt is made up entirely of incendiary rounds, but have low penetration values, so "Universal" is a decent choice due to the inclusion of AP rounds. The recommended cannon belts are either "Stealth" if you are confident in your aim, or "Universal" if you are just learning the trajectory of the Hispano guns.

As stated before, the Bloch can fit into any combat style the pilot can put it in, with the exception of Boom-&-Zoom, and even in that role, it is decent. The main tactic one should use is energy dogfighting, a mix of energy fighting and dogfighting. Attempt to gain altitude, preferably 4,000 meters, then search for a low flying target. Once you find your prey, examine their energy state and potential energy, determine whether the plane they are flying is superior to yours, then you can choose if you can engage or not. During an engagement, do not let the opponent lock you into rolling manoeuvres, such as the rolling scissors, as the Bloch's roll rate is mediocre at best.

The MB.152C-1 is a single-engine monoplane fighter that went into production in 1938. Its designers prioritized the aircraft's flight characteristics – its air-cooled radial engine put out 1,080 horsepower (quite respectable for the time) and was generally on equal footing with the early "Emils," Bf 109 fighters from the "E" series. The armament was also extremely modern, and the familiar rifle-calibre machine guns were backed up by 20mm cannons.