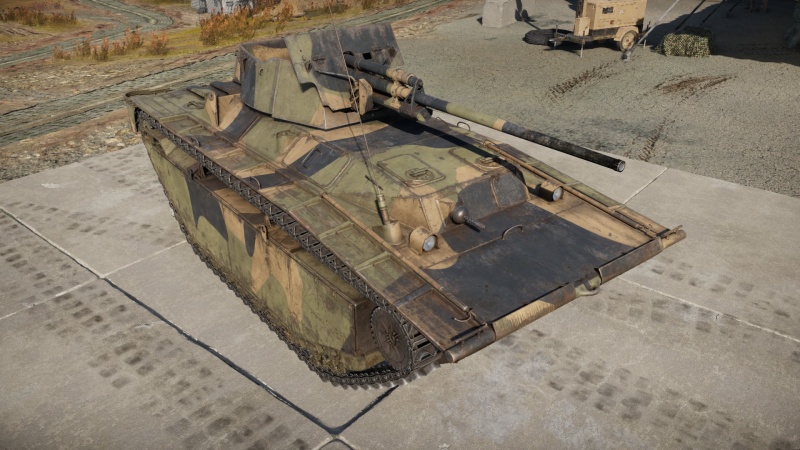 The ▃LVT(A)(4) (ZIS-2) is a gift rank II American tank destroyer with a battle rating of 2.3 (AB/RB/SB). It was introduced during Update 1.65 "Way of the Samurai" as a reward vehicle for the 2016 "Winter Holiday" event. It was later reintroduced in April 2019 as a battle trophy vehicle in the Warbonds shop.

M4A3 (105) (France): this low-tier Sherman is one tough tank to destroy, but luckily your LVT is one of the few that can destroy it with ease (most of the time). Within 500 m, your default shell can easily penetrate its frontal/side armour with an appropriate angle. You can also penetrate its turret between the edge of the gun mantlet and the gun barrel. A penetrating shell is very likely to knock out most of its crew. However, when it's angling, hull down, or more than 500 m away, either aim really carefully at the turret or wait until it reveals other weak spots (eg. side). Note that you will be easily knocked out by its HEAT shell so avoid getting hit by it.