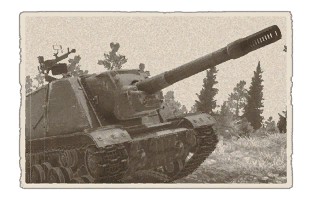 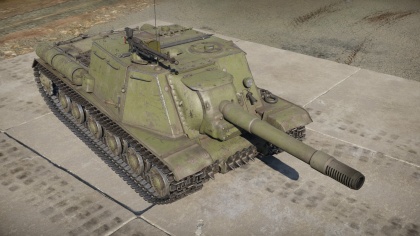 The ISU-152 is a rank III Russian tank destroyer with a battle rating of 5.0 (AB/RB/SB). It was introduced during the Closed Beta Test for Ground Forces before Update 1.41. Wielding the same infamous 152 mm gun as on the SU-152, the ISU-152 presents better armour, mobility, and firepower with the addition of the heavy-hitting HEAT round for the gun. 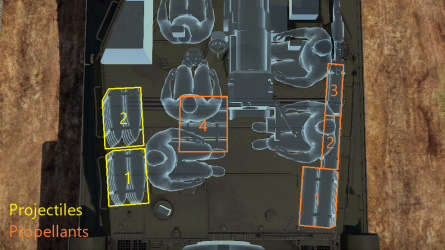 Provided you have the HEAT shell unlocked, the ISU-152 is a exceptional machine to use in a full uptier and even beyond, with up to 250mm of armour penetration. The HEAT shell on the ISU-152 is identical to the one on the Object 268, a BR 7.3 tank destroyer, with the same armour penetration stats to boot. With the extra silver lions obtainable from the "Rank does not matter" achievement, the ISU-152 may actually be more effective in a uptier then at tier.