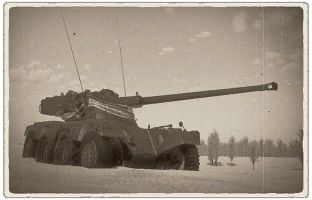 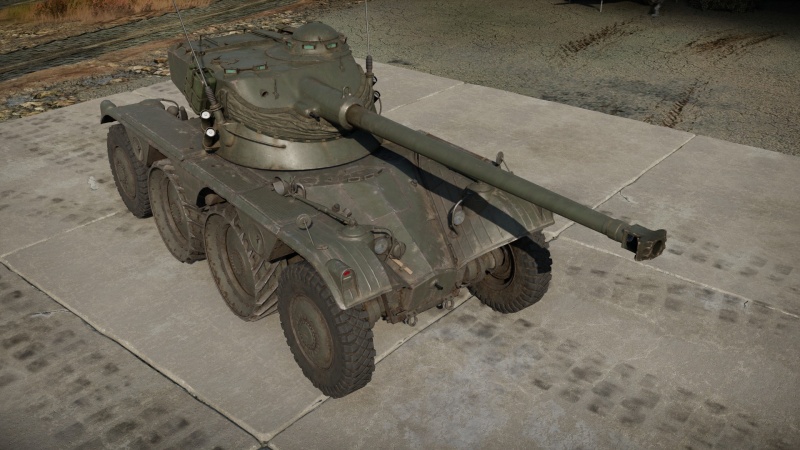 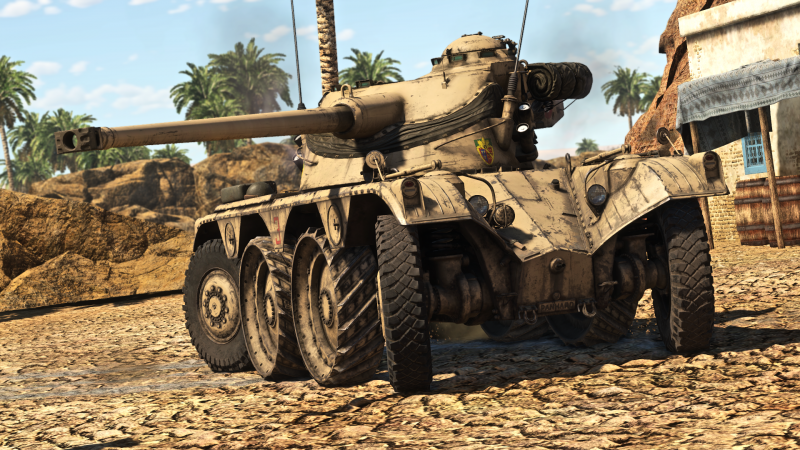 Compared to the standard version in the tech tree, the E.B.R. (1954) has the turret from the AMX-13, which allows players to use the longer SA50 L/57 cannon for enhanced firepower.

The E.B.R. (1954) can reach 105 km/h on roads, 60 km/h on dirt tracks and 40 km/h in cross country. Soft terrain is a handicap: mud, snow and sand will considerably slow the armoured car. As a wheeled vehicle, it can't turn on the spot but the turn radius stays relatively small thanks to front and rear steering wheels. The reverse speed is also very high, a must to get out of hot situations quickly. 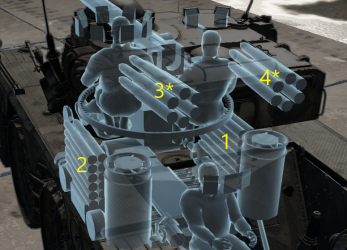 The EBR can be used as a long range sniper and as a scout thanks to its good optics and fast shell speed, or it can be used as an aggressive flanking vehicle using its superior mobility and reload rate.

The EBR best preforms on the sidelines of the enemy team, using its autoloader and high velocity gun to eliminate any opposition. The lack of explosive filler for the shell makes aiming at crew positions and critical modules important, prioritizing the gun or ammo rack of the target. Thanks to the autoloader and fast turret rotation, it is easy to switch between targets on the heat of combat, and the smoke pods allow for a quick escape if the situation gets too difficult.