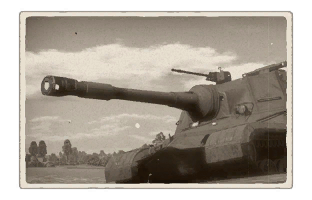 Ammo racks of the Object 268