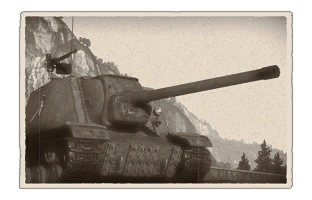 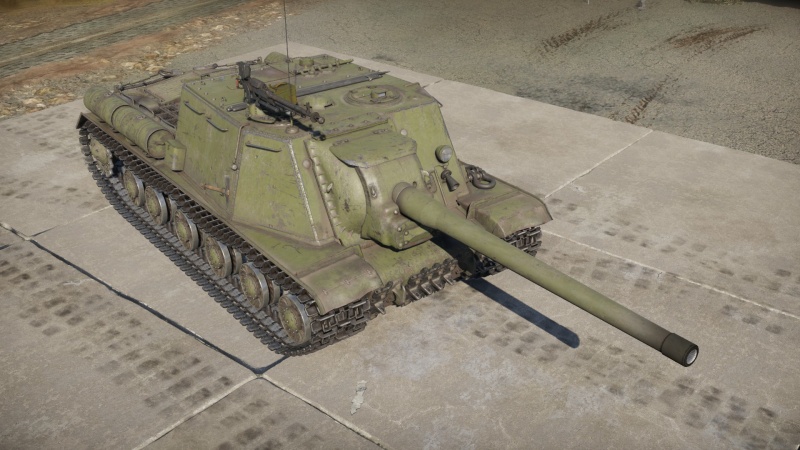 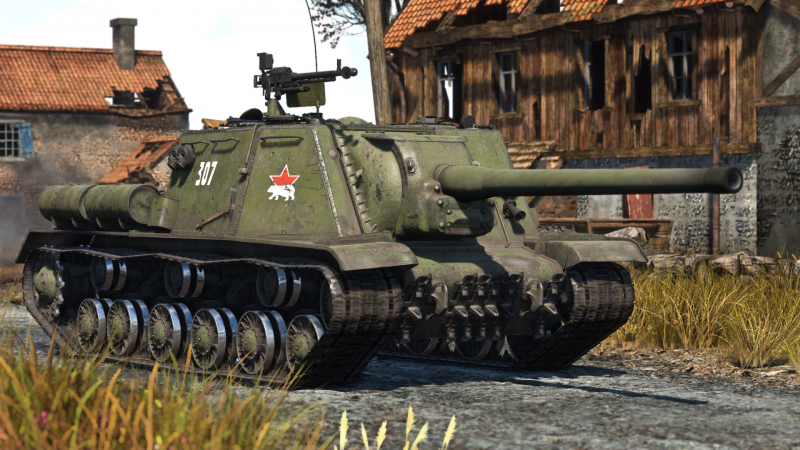 The ISU-122 is a rank III Soviet tank destroyer with a battle rating of 5.3 (AB/RB/SB). It was introduced during the Closed Beta Test for Ground Forces before Update 1.41.

Based off the IS-2, the ISU-122 has its robust chassis, wide tracks and powerful engine. It benefits thus from the same good mobility all while being a heavy vehicle. The acceleration is good and reaching the maximum speed takes only a dozen seconds.

The very high reverse speed is a positive aspect, that will help you get out of enemy sight quickly once you've fired or once spotted. The wide tracks give it a good handling and performance on soft terrain.

A negative aspect of the ISU-122 is that it is sluggish in stock condition, especially when turning on the spot. And because of its weight, it is slow when going uphill.

If you have to turn quickly on the spot, privilege using your reverse gear because it has more torque.

Targeting weak spots on heavily armoured tanks with the large 122 mm volumetric shell can be difficult as these are often small areas and if the shell does not precisely hit the spot, it can ricochet or fail to penetrate. The same can happen when engaging targets at long range too but you have the advantage of being at a distance, giving you time to get out of sight before they can retaliate.

The 12.7 mm DShK heavy machine gun is located on a pintle mount and can act as both an offensive and anti-aircraft machine gun on the ISU-122, giving it protection against aircraft and lightly armoured vehicles. Best use is within 500 m against lightly armoured vehicles. The 360° movement allows you to point quickly your MG in any given direction. However, the position of the MG high on the casemate and the poor depression angle make it difficult to shoot a low-profile tank when it is close.