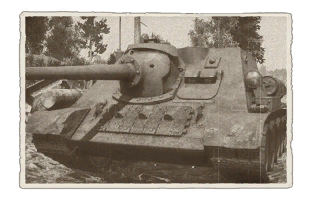 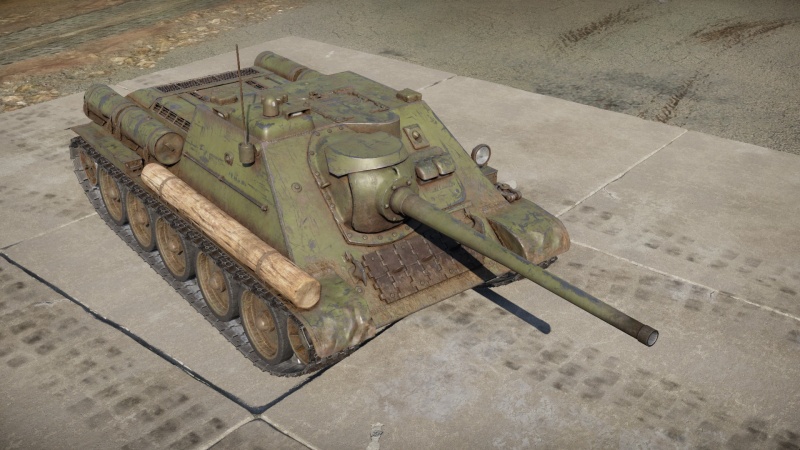 The SU-85 is a rank III Soviet tank destroyer with a battle rating of 4.3 (AB/RB/SB). It was introduced during the Closed Beta Test for Ground Forces before Update 1.41. This vehicle is a successor of SU-122 bearing an 85 mm cannon instead of a howitzer.

The frontal armour on the SU-85 may look not impressive but it is sloped, therefore many rounds will lose effectiveness against it over distance. That's why this tank destroyer must always sit at a distance from targets it engages. To further push the advantage, the SU-85 should be angled to the left about 10-15 degrees when it's not firing. While this often exposes the right side with the commander, it is a necessary evil, as for many tanks it becomes near impossible to penetrate the main body, which usually results in ammo rack, fuel explosion or crew knockout. To further reduce enemy chances of destroying the SU-85 in one hit, only take half of the shells with you.

Avoid attacking tanks on the high ground unless you can fire first, as otherwise the frontal armour loses its angle advantage and will be penetrated by literally anything. Be careful with the tall tanks for the same reason.

Due to the lacking armour it is a delicate balance, which one can only guess by the feel in each particular encounter, so practice it while you don't have to fight experienced tankers of rank III or IV, which will aim much faster and better, specifically targeting out your weak spots and are less prone to firing randomly when surprised. Angling also works to some extent on future SU tanks, but the further down the tech tree, the less efficient it is due to appearance of new weakspots, popularity of tall tanks and improvement of enemy's weaponry. 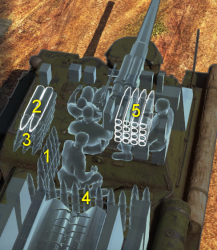 The SU-85, as a tank destroyer, should be played in a sniper format due to its powerful gun, but subpar armour. The 85 mm gun is able to take out many tanks at its battle rating due to being the lowest BR vehicle with the gun. However, the armour is only decent and is basically an enlarged T-34 front hull for front armour. At the battle rating, this armour quality is no longer able to withstand the enemy shots such as that of the Pz.IV G. Thus, this makes it a bad idea to be near the front line and instead sit back behind the fighting and take out distant enemy targets, maximizing the low silhouette to hide and distance to improve armour effectiveness.

Be warned that penetrations from shells with explosive fillers are often fatal due to the cramped nature of the crew compartment. Either most of the crew will be knocked out or the modules damaged and these will drastically hinder the SU-85's ability to fight and survive. It is imperative that the SU-85 hit the enemy and be the first one to fire the 85 mm gun to win an engagement. This is especially true in realistic and sim battles where the low profile will grant the SU-85 an advantage of stealth.

Tactical deployment of the SU-122 showed that in order to fulfill its task of accompanying and supporting tanks, its rate of fire needed to be increased. The new SU-85 SPG was developed and put into service at the end of the summer of 1943. It was created based on the T-34 tank and equipped with an 85 mm D5-S85 cannon with a 48.8 calibre barrel length. The penetration of the new weapon's shell was 75% higher than the T-34's 76 mm cannon shell and 45% higher than the 122 mm howitzer on the SU-122. These qualities resulted in a 1.5 times increase in its effective firing range against armoured vehicles. Its ammunition capacity totalled 48 shells.

The SPG was comparable to the SU-122 in its design, with an aft-located engine compartment and a cabin armoured from all sides with the cannon installed in the front. The self-propelled vehicle was primarily intended for direct fire during short stops. It was also armed with a panoramic sight to allow it to fire from cover. A 9R or 9RS radio set was mounted on the SPG, along with the TPU-3-BisF intercom. With its superior mobility in comparison to enemy heavy tanks and SPGs, the SU-85 was able to successfully do battle with them in spite of its weaker armour.

Between August 1943 and July 1944, 2,337 of them were made in total. The new vehicles were put into service in separate SPG regiments (up to 16 vehicles per regiment) and were widely used in the conflicts of the Great Patriotic War.

The SPG's flaws included its lack of a machine gun for defending the vehicle from infantry in close quarters, its small ammunition capacity and relatively weak armour.