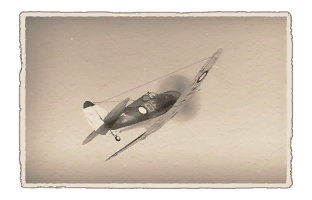 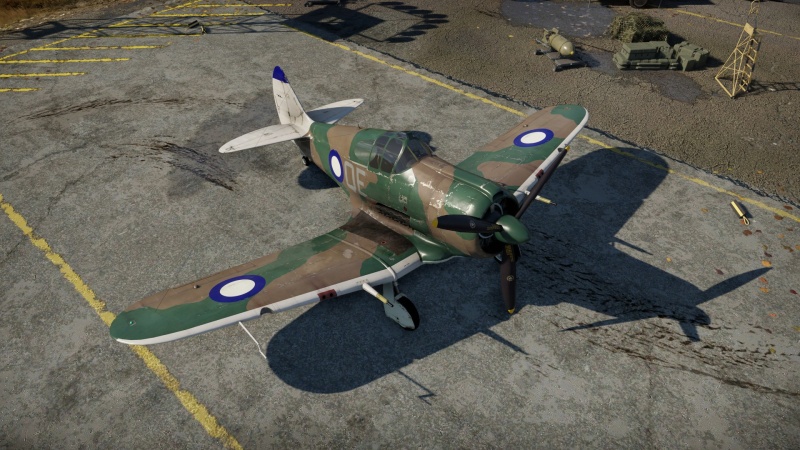 Compared to the first variant, the Boomerang Mk II has the added capability of carrying bombs for better ground attack capabilities. The plane can out-turn almost any plane, save for Japanese planes. The Boomerang Mk II is lacking in the amount of ammo for the cannons. Some good tactics are to stay low to the ground, and like with all planes, keep a good eye on where each plane is, in AB stay low and "mow the yard" anything that comes close, just prepare to turn-fight them, and take them out, be cautious with your cannon ammo, as those are your only "heavy" hitting guns. Downsides to the Boomerang is that it is rather slow when compared to other aircraft of its tier. Keep in mind that low altitude fighting is its bread and butter and can easily out-turn just about everything in arcade battles and in realistic battles.

If you are going to fight the Mk II or Mk I, do not attempt to turn-fight them unless you are flying a Japanese aircraft. Instead, Boom & Zoom or catch them when they're reloading and flying off when they are a much easier target in those situations, however, if it does manage to avoid your attacks, don't stick around for long.

The Boomerang Mk II is the second variant of the CAC Boomerang, a fighter aircraft developed by Australia's Commonwealth Aircraft Corporation (CAC). Designed to equip the RAAF after the start of the Second World War, it was Australia's first indigenous fighter aircraft. The Boomerang was very underpowered due to the limited choice of engines, meaning that it was considerably slower than its contemporaries. The aircraft saw limited active service during the Second World War in both frontline and secondary duties.

In the late 1930s, with both Nazi Germany and Japan both rapidly expanding their militaries, the Australian Air Force (RAAF) looked to acquire a new fighter aircraft to replace their obsolete squadrons of F2A Buffalos. Following the start of the war, the RAAF was hard-pressed for fighters: the UK, Australia's primary source for aircraft, was barely supplying enough aircraft for itself, while the USA dedicated almost all of its manufacturing capacity to producing aircraft for the USAAF and USN. As a result, Australia was forced to produce a new fighter indigenously.

The RAAF turned to the CAC, which had been formed in 1936 through the merger of several Australian aircraft companies. The CAC was already producing the Wirraway, a training and general-purpose aircraft, and so the CAC decided to create a new fighter based on the Wirraway as this could be done quickly and efficiently. The Wirraway's rear fuselage, tail and wings were mated to a new forward fuselage which housed a 1200 hp Pratt & Whitney Twin Wasp engine. This prototype configuration first flew in May 1942 and was later ordered into service as the Boomerang Mark I (contract number CA-12) - a total of 105 Boomerang Mk Is would be built during the war.

The CAC later developed a new variant of the Boomerang, designated the CA-13: this would be known in service as the Boomerang Mk II. The Boomerang Mk II incorporated numerous minor changes, including the switch from fabric construction to duralinium and the replacement of the hydraulic weapon actuators with mechanical ones. In total, 95 Boomerang Mk IIs were built for a total of 200 Boomerangs in total, not including prototype aircraft.