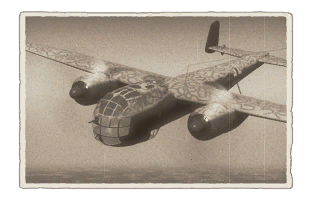 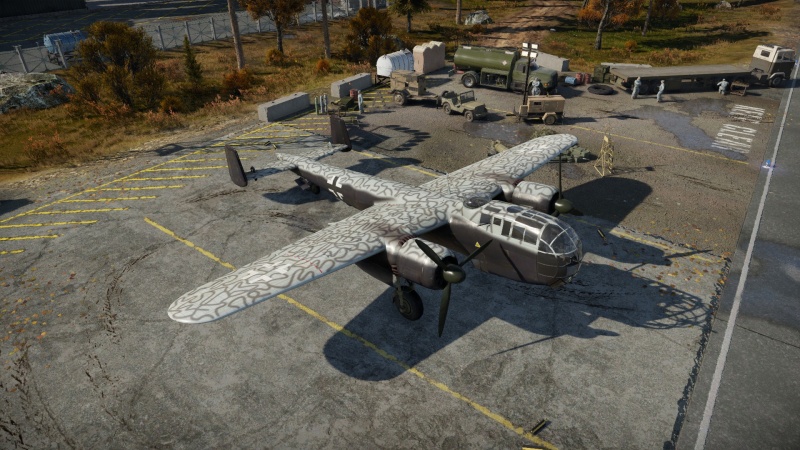 The Dornier Do 217 K-1 is a night bomber variant of the Do 217 E, it has improved performance but trades its frontal 20 mm cannon for an extra 7.92 mm MG turret.

The Do 217 K-1 can be outfitted with the following ordnance:

In the late summer of 1942, full-scale production of a new bomber variant, called the Do 217 K-1, was started. Its creation was prompted by the designers' wish to improve visibility from the pilot's station. Whereas the Do 217E had a projection in front of the windscreen of the pilot's cockpit, a new streamlined forward section of the crew cockpit was developed for the Do 217K; it had no projection and was shared by the pilot and the navigator. The crew cockpit became more spacious, and visibility was improved.

In addition to the modified crew cockpit, the Do 217Ks had more powerful BMW 801D fourteen-cylinder, air-cooled engines with a takeoff power of 1,700 hp.

The defensive armament was also changed from that of the Do 217 E-4. The designers rejected a 20 mm fixed cannon which fired on course. The navigator's mobile turret had a twin 7.92 mm Mauser MG 81Z machine gun (with 500 rounds). Instead of obsolete MG 15s, the cockpit's side blisters had two (or, after the plane was upgraded, four) 7.92 mm Mauser MG 81 belt-fed machine guns with 750 rounds each.

Now the Do 217K's maximum bomb capacity could reach 4,000 kg. In 1944, field modification kits were developed for the Do 217 K-1, allowing the installation of four ETC 2000/XII bomb racks that could be placed on the wing surface both on the outside of the nacelles (R10) and between the nacelles and the fuselage (R15). It was expected that this variation of suspended armament would let the aircraft carry four LTF5b torpedoes.

Originally, aircraft of the Do 217K variant were developed as night bombers. Their task was to carry out night raids over Great Britain where area-type targets would be bombed from horizontal flight. However, if needed, the R25 field modification kit could be used for the Do 217 K-1, giving it a tail ribbon braking parachute for dive bombing.