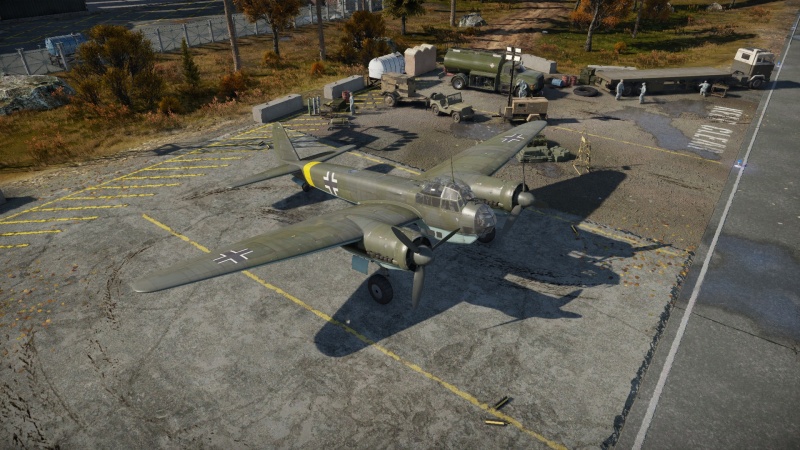 The Ju 88A-4 is very diverse with the ability to dive bomb and regularly bomb with large payloads. Its defensive armament is a little disappointing, but the two backwards-facing heavy machine guns can deal with light planes very quickly. However, the front is only covered by a light machine gun. Overall, the Ju 88 A-4 is a decent attack aircraft and fantastic fast medium bomber.

The Ju 88 A-4 can be outfitted with the following ordnance:

With great payloads and great speed, the Ju 88 A-4 can be a fun aircraft to play, whether you are playing in Ground Battles or Air Battles.

If you are playing in Air Realistic, you can go base bombing or attack other targets, like light pillboxes, howitzers and AAA. To attack bases, the best payload would be the SC50JA x 28 and SC500K x 2. This payload is quite useful, as it can take out 3 bases and even lightly damage the airfield. For attacking ground targets, you can either load the SC 50JA x 28 or SC250JA x 4.