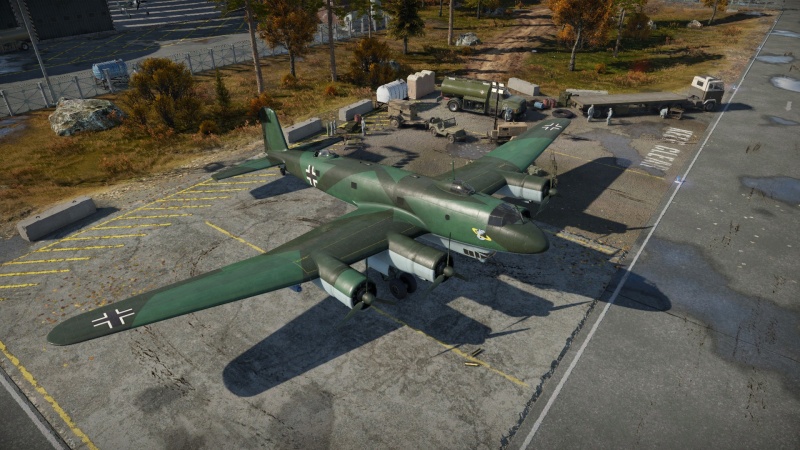 First, obtain the bomb upgrade (ITC PVC/II). This will allow the installation of 6 x 500 kg bombs, the best payload for base bombing, since it allows the destruction of two bases in one pass. There will be no need to hurry with the second upgrade. The 2 x 1,000 kg + 2 x 500 kg loadout is only ideal for taking out airfields or carriers. Flight performance upgrades come next in the priority list, as the aircraft is heavy and slow. The ammo belts are of a lesser priority, since the upgraded belts don't make a considerable difference.

The Focke-Wulf Fw 200 Condor is best remembered as a long-range reconnaissance aircraft that searched for Allied convoys over the North Atlantic during World War II. Its mission was to either attack the convoys directly with bombs or communicate their location to the packs of German U-boats below. The Condor started as a transatlantic airliner that first flew in July of 1937. By September of 1939, over 250 Condors had entered military service. The Condor spawned many sub-variants that included different armament, radar, missile carriage and guidance systems, and transport. A handful of these aircraft were used for VIP transports (it was the private plane german chancellor Adolf Hitler that used it for his travel for meetings with other leaders in WWII).