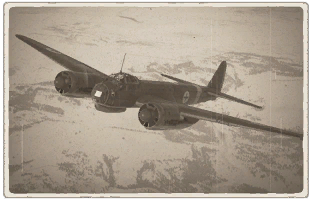 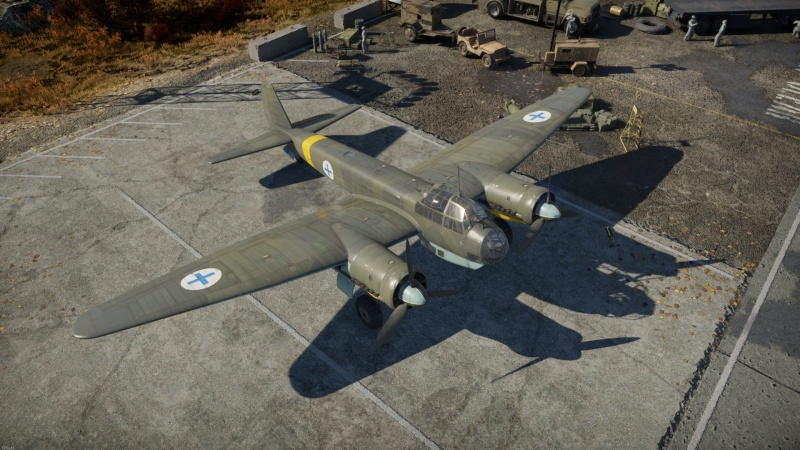 The Ju 88 A-4 (Sweden) can be outfitted with the following ordnance:

The Finnish Ju 88 A-4 works just like its German counterpart, being able to both dive bomb and do horizontal bombing. The bomber has decent defensive armament and has a single offensive 7.92 mm MG 81 machine gun, which unfortunately won't really come in handy. You are able to carry up to 2,400 kg of bombs with this plane, making it a formidable bomber.

In Air battles you should either bring the SC50 x28, SC500 x2 payload or the SC50 x28, SC250 x4 payload as they fully use the Ju 88 A-4's potential and will do a great job at damaging enemy bases, airfields and even ground targets. As soon as you spawn in, start climbing to make sure you are safe from enemy fighters. The greatest threats to you will be the German Bf 109s with their astonishing climb rate, so remember to always check your surroundings.

In Ground battles you should ignore the 50 kg bombs as they won't do much against tanks and will only add weight to your plane, instead, bring 250 kg bombs, 500 kg bombs or the 1,000 kg bomb, these payloads won't use the Ju 88 A-4's full bomb capacity but they will make it more manoeuvrable and faster. Additionally, it is easier to hit ground targets with dive bombing tactics, so when you approach your target, extend the airbrakes ("H" by default) and reduce throttle if necessary to avoid too much speed which could result in your wings being ripped off.

If you come across a Junkers 88 A-4, you will either be facing its cockpit or its tail most of the time. Attacking the bomber from below is also an option as it does not have any ventral gunners aiming down. If you are facing its cockpit, aim for the pilot as this will cause the plane to instantly be destroyed. If you are facing its tail, however, be carefull with the gunners and aim for the engines, bombers won't go far without them. Since the Ju 88 A-4 gets a bomber spawn, it is recommended to use planes with good climb rates, such as the aforementioned Bf 109s.