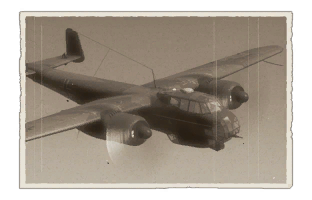 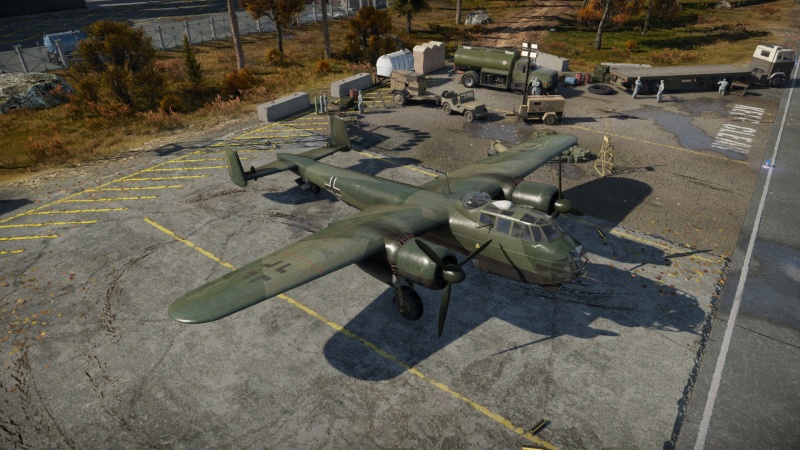 The Do 217 E-4 can be outfitted with the following ordnance:

The Do 217 E-4 spawns at a significantly lower altitude than long-range bombers making it easier prey for fighter and attacker aircraft. Climbing to high altitude takes a long time which makes it difficult to avoid enemy fighters in the process. The high speed of the plane and high wing-break speed allows for more aggressive moves at the start of a match. Diving for enemy bases instead of climbing can be a surprisingly effective tactic, especially since many fighter pilots don't want to give up their altitude advantage to drop down and scrape the deck just to hunt a low flying bomber.

The defensive armament is adequate to hold off a single fighter and the 20 mm cannons often cause critical hits forcing the attacker to wave off and retreat.

The plane can perform surprisingly tight elevator turns which can take an attacker by surprise and can give you the chance to use your offensive 20 mm cannon. Performing these manoeuvres at low altitude however, is not recommended as the aircraft loses a lot of speed when performing tight turns and has difficulty to regain the speed risking the Do 217 E-4 of stalling.

Late 1941 saw the start of production of Do 217 E-4 variant bombers, which differed from the E-2 mainly in their new BMW 801C engines, with a takeoff power of 1,560 hp, and in their wings' reinforced leading edge, which could cut through the cables of barrage balloons. In addition, the fixed Mauser MG 151/15 cannon was removed, and a mobile 20 mm Oerlikon/Ikaria MG FF drum-fed cannon with a total 240-round magazine capacity was installed instead. This cannon earned a reputation as a more effective weapon against surface targets.

Originally, all Do 217E planes were equipped with an umbrella-shaped dive brake located in the tail section and designed to reduce diving speed. However, since the brake was unreliable, every factory-produced machine was packaged with a removable tail cone fairing, placed in the bomb bay. After the aircraft reached the front lines, the mechanics would, as a rule, immediately remove the lattice umbrella and install the cone fairing instead.

In this form, the Do 217E could only be used as a horizontal bomber. But since the dive brake control circuit remained in place, the possibility to convert it back to a dive bomber remained.

Beginning with the Do 217 E-4 variant, no dive brake was installed on the aircraft at all, since the Luftwaffe command eventually rejected the idea of turning the Do 217E into a dive bomber.

Initially, British cities and ships were top-priority targets for the Do 217Es. The KG 2 bomber squadron was given the task of striking cities, and the specially formed KG 40 was to carry out anti-ship missions. Both units were to be based on airfields in France and the Netherlands.

The Do 217E's combat début over Great Britain took place in the middle of July 1941, when KG 2 and KG 40 aircraft bombed London targets and factories in Birmingham.

In the spring of 1942, the Do 217Es of both squadrons participated in the so-called Baedeker Raids, a series of raids over provincial British cities with a large number of architectural monuments. This was a kind of revenge for the RAF's bombing of German cities.

Clear or moonlit nights were usually chosen for the raids, and the crews planned to fly out towards the target at about one o'clock a.m. The smaller cities without strategic importance had poor air defence systems, which allowed the bomber crews to drop their bomb load from a height of about 3,000 m, with comparatively high accuracy for horizontal bombers.