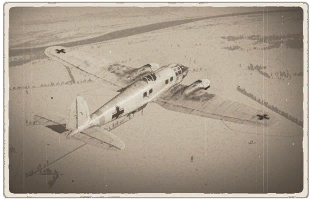 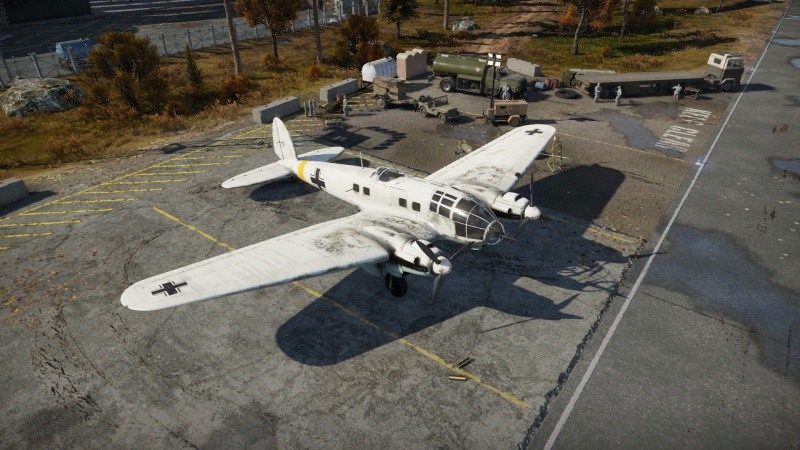 The pilot's seat is set farther back than normal, reducing but not eliminating the chance of a knock-out.

The He 111 H-16 can be outfitted with the following ordnance:

In Arcade, try to maximize altitude upon spawning; this will make it harder for most fighters to reach you in the early moments (only for ground strike). However, this leaves your poorly defended underbelly open to most attacks, so a fighter with a decent engine could easily catch up and take you down. When engaging this bomber, don't worry about the gunners, as they have a very restricted field of, allowing an attack from these angles: 10-2 o'clock high or even 8 o'clock high/5 o'clock high, as well as 9-3 o'clock low or 10 o'clock low/2 o'clock low, as the gunners, cannot reach you there.

In Realistic, as mid-air reload is unavailable, the He 111 can be used as a pseudo-dive bomber to quickly deliver its payload before retreating. The plane can sustain a shallow dive near the redline speed of around 500 km/h, though you should keep an eye on the IAS to prevent from overspeeding and ripping the airframe in the process. The payload of 8 x 250 kg bombs or 2 x 1,000 kg bombs is enough to destroy two bases in normal matches and one in uptier matches. While the single 2,500 kg bomb is certainly very powerful, it can only destroy a single base and wastes potential TNT damage in doing so, thus it should be saved for airfield bombing instead.

In mixed battles, the He 111 H-16 can be played like a miniature Pe-8. While the SC2500 bomb is nowhere close to the infamous FAB-5000 bomb, the SC2500 has a massive filler of 2,720 kg of TNT equivalent and a huge destructive radius of 84 m ("only" 21 m less than the FAB-5000) which is still huge enough to destroy multiple ground vehicles and sink any ship within its blast radius. With its smaller and less distinctive airframe, the H-16 can be played more aggressively than its Soviet counterpart, with an option of shallow dive bombing for a more precise drop.