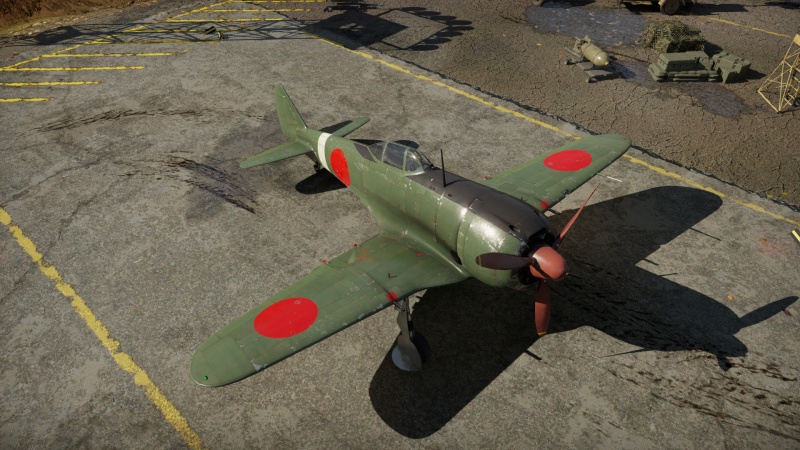 The handling is good in general. During a take off the Ki-44 feels nose-heavy without any flaps deployed therefore after retracting the gears and flaps you need to pitch up a bit until the plane picks up some speed. Only elevator trim is available, so when the stick is at its deadzone, the Ki-44 will roll and yaw to the left side. Therefore you always need to pull the stick to the right which can get a bit annoying. It has excellent climb rate of around 14 m/s at 400 km/h, with 100% throttle and no MEC. This means that it can get to an ideal altitude of around 3000 m very quickly. In a dive it easily accelerates to around 550 km/h while still having responsive controls, however it does not retain the speed well after leveling out. Note that its engine will overheat unbelievably fast. With WEP it heats up to >243° within 15 seconds. Thus you must utilise the WEP only when you have to, for example in a zoom climb or a high yoyo. The good news is, the engine can cool down quick enough for another 15-second WEP.