Difference between revisions of "J2M4 Kai" 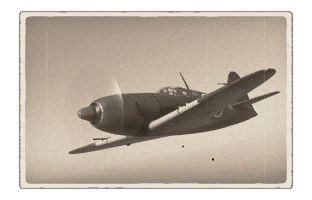 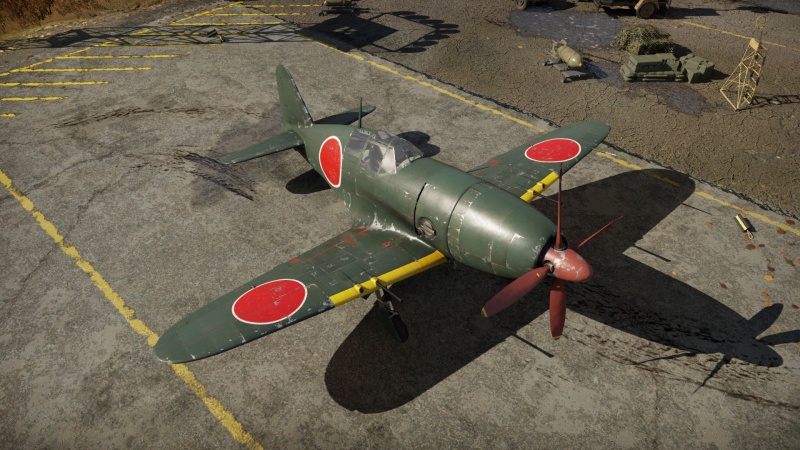 Although stubby, the Mitsubishi J2M4, Raiden Model 32 can be considered one of the best Japanese fighters in War Thunder. Unlike its other Naval brethren in the Japanese tech tree, the Raiden possesses a top speed rivaling that of the P-51D-5.

The J2M4 Kai is armed with:

Wielding four 20 mm cannons, this aircraft can cripple any enemy it encounters. However, the main advantage the Raiden has over its Allied counterparts is its climb rate. In realistic battles, the J2M4 can climb to altitude very fast, especially when given an air start. Once at a high altitude, this allows the Raiden pilot to pick and choose targets, dictating where and when he or she wants to fight. The J2M4's 20 mm cannons may seem lackluster at first, but they have a knack for snapshots, or quick bursts of fire when maneuvering.

The J2M4 Kai can be outfitted with the following ordnance:

Generally, the J2M4 performs similarly to the early Fw 190 A variants, having a deadly armament, good roll rate, low top speed, but higher climb rate. Use what the Raiden does best to achieve success - energy fighting. Instead of turn fighting or bleeding all built up energy or speed in turns, attack enemies from a higher altitude and then regain that altitude once the attack has been delivered. The J2M4 excels at Boom & Zoom due to its high rate of climb and deadly armament, even more so than its earlier variants, the J2M2 and J2M3.

The Raiden's main downside is its lack of maneuverability. Similar to its German counterpart, the Fw 190 A-8, the Raiden struggles to beat enemies in turn fights, especially Spitfires. If caught in a sticky situation, the Raiden pilot may choose to dive away or seek help from teammates. Trying to fight an enemy Spitfire in a turn battle with the J2M is a terrible idea, unless the enemy aircraft is damaged or many teammates are nearby. Moreover, the J2M's high speed maneuverability is poor, making the entire aircraft lock up. It can be very difficult to pull out of a dive, roll, or turn when at high speeds with the J2M. The Raiden's maneuverability is more or less on par with its enemies in simulator battles, for the most part.

The Raiden pilot may also find themself outrun by high altitude aircraft such as the P-51 D-5 Mustang. All these aircraft have to do to avoid the J2M is dive away and build up speed. Fortunately, the J2M4 has a surprise - a massive ammunition pool totaling 800 rounds. That's 800 rounds of high explosive cannon ammunition that can be dispensed at will towards fleeing enemies. With good aim and practice, it is possible to "snipe" enemies from a kilometer away.

Featuring four 20 mm cannons, 2 Type 99 Mk 1 and 2 Type 99 Mk 2 cannons with plenty of ammunition, the J2M4 is capable of destroying all kinds of aircraft. Although destroying heavy bombers like the B-29 Superfortress takes a lot of ammunition, the J2M4 can afford to lose some. The "Stealth" belt has the best combination of AP/API and HEF to shred enemy aircraft, and are recommended for those who do not need a tracer shell to aim. Alternatively, for those not used to IJN 20 mms, the "Universal" belt is your best bet. The "Tracer" belt is filled with HEFT shells, but they only contain half of the power of a standard HEF, and can give away your position.

Overall, the Raiden is best used as a surprise attack, high altitude, high damage output fighter. While it does not excel in the speed or maneuverability categories, it makes up for that in armament and rate of climb.

As the development behind the 14-Shi Interceptor (J2M2 and J2M3) were disappointing in performance and didn't achieve it's projected goal, Mitsubishi set up a new goal with the availability of newer and stronger engines, this would be called under the 14-Shi Kai Interceptor.

Jiro Horikoshi and his team redesigned the nose of the plane to hold the new Kasei 23c engine and with this prototype they achieved the requested goal, this plane would be known as the J2M4, Raiden Model 32. It solved the engine vibrations and the cooling system was more reliable compared to that of the previous models. It would still preserve the same electrical malfunctions to the landing gear which didn't get redesigned as the engine and its performance were a more pressing issue.

This progress allowed Mitsubishi to further develop the Raiden and so they would with the Kasei 26a, equipping it in the J2M5, Raiden Model 33.