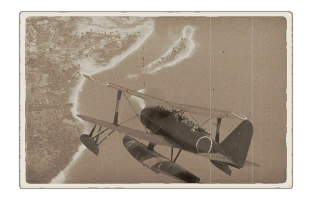 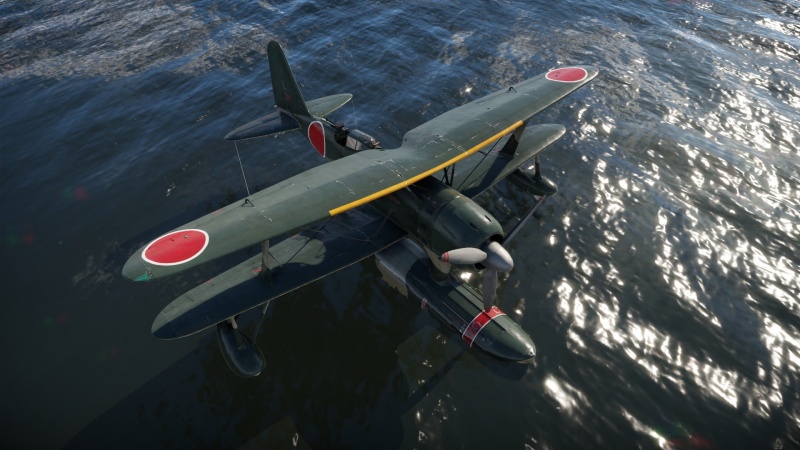 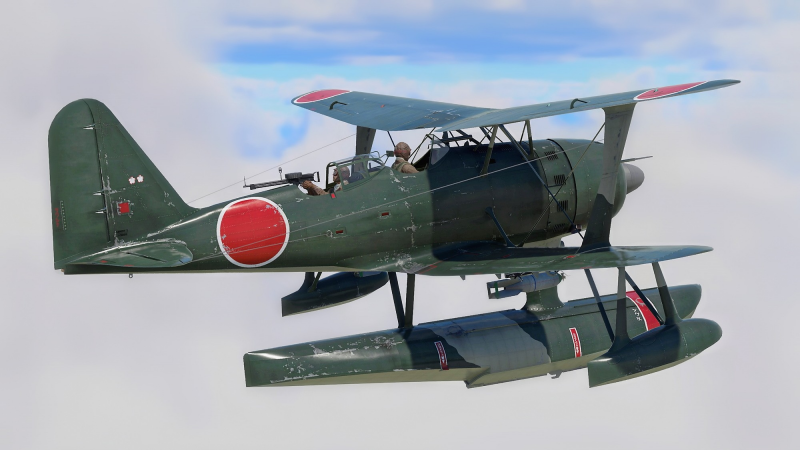 The F1M2 is quite an interesting little biplane, and has several perks that allow it to fulfil a multitude of roles. It has surprisingly good manoeuvrability, decent armament, as well as the ability to land on water due to its floatplane design. All in all, it is a fun aircraft to fly in both air and naval battles.

The F1M2 would seem to be a relatively bad fighter, given that it has massive floats. However, the opposite is actually true. The F1M2 is very capable as a fighter, and has very impressive manoeuvrability for an aircraft of its type. However, be aware that the large, heavy floats result in a worse turning circle than most dedicated biplane fighters such as the I-15, He-51 or Fury. Though the F1M2 is still an able turner and can keep up with some fighters such as the P-26, pursuing a direct fighter engagement is not advised as it is generally a bit worse than dedicated fighter aircraft. As well, the F1M2 is rather slow, so don't expect it to outrun anything (other than extremely slow aircraft like the Po-2 or Swordfish, of course).

The F1M2 is equipped with two 7.7 mm Type 97 machine guns which are quite adequate for tearing biplanes apart. However, these guns are relatively bad for everything else, and won't do much damage to aircraft built out of metal. Of course, most aircraft at its BR are wooden biplanes, so the weapon is quite adequate. As well, the F1M2 can carry two 60 kg bombs, which are more than enough to destroy any lightly-armoured targets. Finally, the F1M2 has an ace up its sleeve - the 7.7 mm defensive gun. This weapon is mounted on a flexible mounting at the rear, and is a potent anti-aircraft weapon. In general, due to its lack of powerful guns or suspended ordnance, the F1M2 should be played more as a "heavy" fighter, utilizing its great manoeuvrability, airspawn, and defensive armament.

Naval battles are the area where the F1M2 shines. Due to its floatplane design, it can easily cap bases by landing on them. When flying in this capacity, beware of any PT boats in the nearby area, and never land when there are enemy vessels close by. Though most ships at its BR have little to no heavy armament, they are still very capable of shredding a plane sitting on the water - a literal sitting duck. As well, the F1M2 can use its 7.7 mm machine guns and bombs against enemy torpedo boats, but this is generally rather ineffective. The 7.7 mm MGs are rather bad at doing heavy damage against PT boats, and the 60 kg bombs have to be dropped at extremely low altitudes in Naval RB to have good accuracy. Thus, in naval battles, it's best to play the F1M2 as an aircraft to quickly capture points.

The F1M2 was armed with two 7.7 mm Type 97 Model 3a synchronized fuselage-mounted machine guns with 500 rounds each, and one more 7.7 mm Type 97 (Lewis Mk.III) machine gun with 582 rounds (6 standard magazines) was mounted in the turret in the observer's cockpit to protect the rear of the plane from attacks from above. The lower wing panels had lugs installed to suspend two 60 kg, two 30 kg, or six 20 kg bombs.