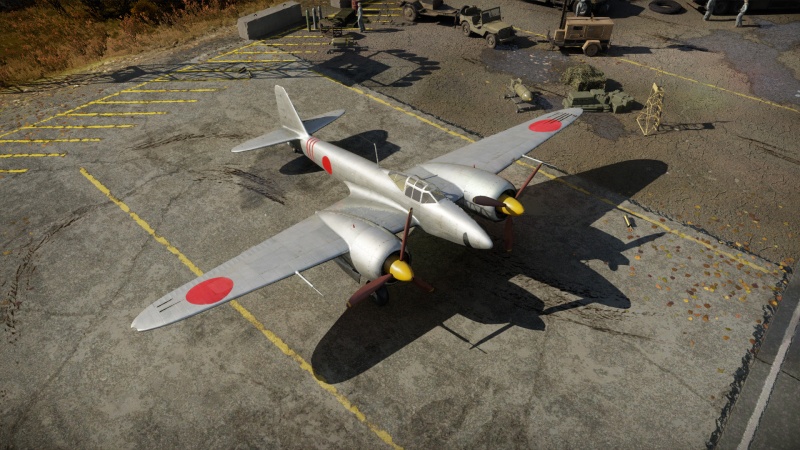 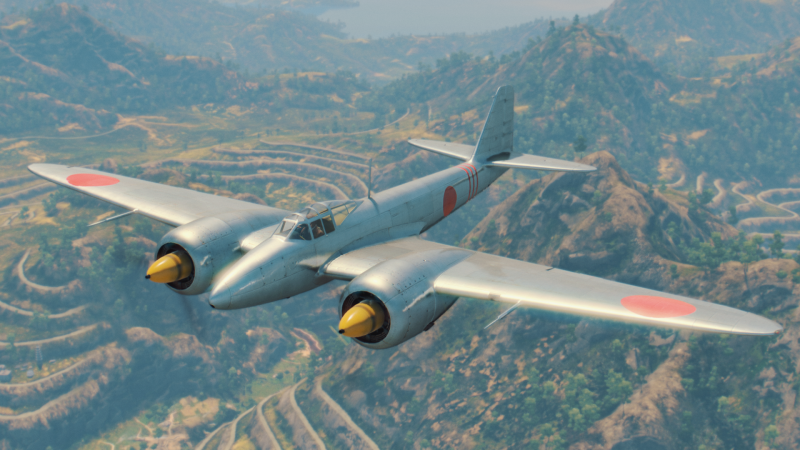 The Ki-96 is a generally smooth flyer and is characterized by its powerful armament, high speed, high climb rate, interceptor spawn and relatively good turn rate. All of these traits make for a solid interceptor that can shred through bombers like a hot katana through wet bamboo.

For a Japanese plane, the Ki-96 has a decent survivability, with armour plate protecting pilot from head-on and tailing attacks, thought one should never rely on it as the Ki-96 lacks a bulletproof glass and therefore is vulnerable to pilot sniping.

The Ki-96 is equipped with one 37 mm Ho-203 cannon and two 20 mm Ho-5 cannons mounted in its nose. The 37 mm gun has poor muzzle velocity and ammunition count, but a high rate of fire for its calibre and devastating damage output. While the 20 mm guns have a lesser damage output, they have a greater accuracy and ammunition count. Due to different gun characteristics, weapon selection should comes in handy, as you can choose between two set of guns for different situations. Use the 37 mm against slow or big targets like bombers to quickly finish them off, while the 20 mm are more useful against fast opponents and in a dogfight.

One should fly the Ki-96 in its stated role: interceptor. When engaging bombers, be sure to approach from oblique angles and never tail one, as you have no bulletproof glass to protect your pilot from snipes. While bombers with good aim can snipe you, you can do the same to their plane in seconds when you land your devastating 37 mm cannon and 20 mm cannon shots. If all you encounter are fighters, it can make for a decent Boom-&-Zoom aircraft with its good speed, climb rate and armament. As a general rule, never turn fight. While the Ki-96 has a good turn rate for a twin-engined fighter, it is out-turned by most of its opposition, and same goes for its speed. With these in mind, always try to engage fighters with an energy advantage, although be careful as the Ki-96's roll rate heavily stiffens above 643 km/h (400 mph), which makes it hard to control at high speeds.