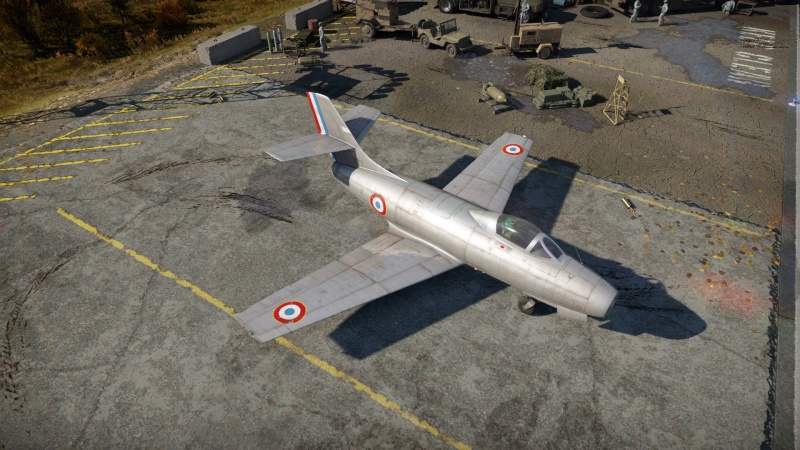 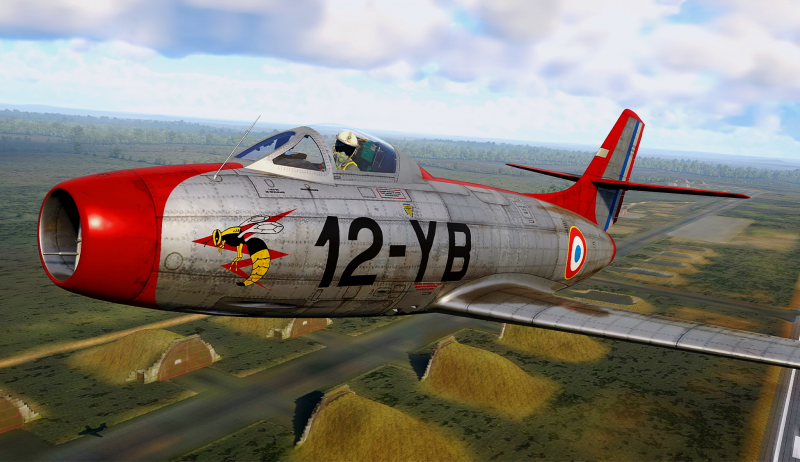 The usual strategy for the M.D.450B Ouragan is to play as a Boom & Zoom aircraft. It retains energy in vertical turns and can perform "BnZ" manoeuvres well. When you takeoff, it is recommended to gain speed immediately. After gaining speed, you can side-climb up to 2,500 - 3,000 m then head to the centre of the battlefield. When you're finally in the centre, you will have already gained significant speed by accelerating. Then you can commence Boom & Zoom tactics. This strategy goes as follows: Dive, engage, zoom up to 2,500 - 3,000 m, loop around, look for a suitable target, rinse and repeat. If you find yourself in a bad situation where you cannot use the recommended tactics, then your last resort option would be to turn. Beware that this bleeds a lot of speed and usually results in the M.D.450 becoming an easy target.

If this is your first jet, the most important thing to understand is that keeping your speed is vital in most jet engagements. By turning in big, wide circles and not attempting any speed-bleeding manoeuvres just to get a quick potential shot on target, you can excel in jet combat.

As the main role of the Ouragan is as a fighter aircraft, taking secondary loadouts to ground pound at the start of jet matches in air realistic battles is not recommended.