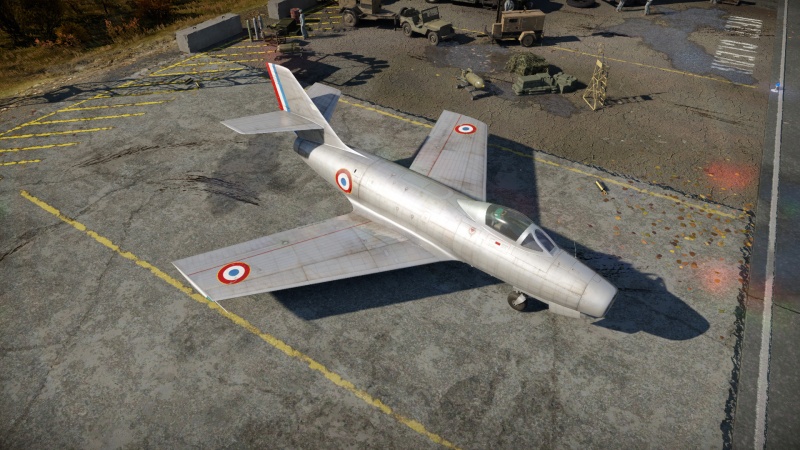 The M.D.452 IIA is something of a jack of all trades, while less potent in nearly every aspect than the M.D.452 IIC. Its flight performances are balanced, if a bit slow in accelerations. The roll rate is excellent at medium to high speeds (550 - 900 km/h), giving the aircraft many options for evasive manoeuvres, and although energy-bleeding, the turn rate is good against most enemies. This version carries a cluster of four 20 mm M50 canons, which fare moderately at this battle rating.

The M.D.452 IIA is generally more manoeuvrable than most other contemporary aircraft it faces, the only ones you would have a tough time turning with at this battle rating would be any of the Sabres. Since its roll rate is comparable to the Sabre's once the "New Boosters" modification is installed, the option of turnfighting becomes available, although speed will be bled at a relatively high rate. Still, like the predecessors of the Mystère II, boom & zooming should remain the first choice in engagements; but unlike the M.D.452 IIC, this aircraft's engine is slightly less powerful, and one or two minutes of sideclimb might be necessary to remain in control of the engagement situation. Commands stiffening doesn't appear under around 1,000-1,050 km/h, and subtle use of airbrakes will be necessary to ensure control during the whole descent.