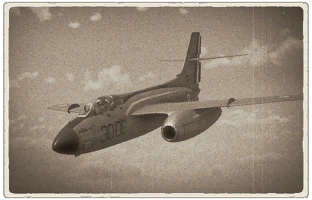 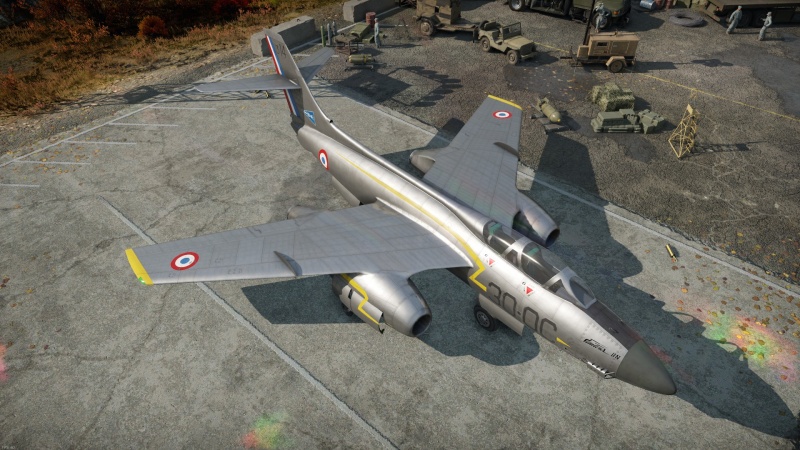 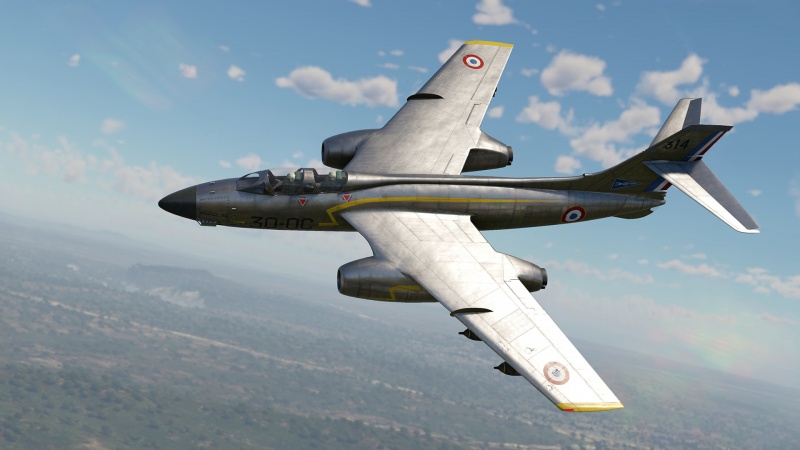 The S.O.4050 Vautour IIN can be outfitted with the following ordnance presets:

The S.O.4050 Vautour IIN should be used with a careful mindset, makee sure to pick your targets wisely. You should always load a minimum of 8 minutes of fuel, and take advantage of your jet bomber spawn. Depending on your loadout, there are 2 ways to go for bases. You can either dive bomb from an altitude, allowing you to stay safe from enemy jet fighters who are likely still climbing to altitude. However, as you will be diving from a high altitude, you can potentially risk compressing your own aircraft. To counter this, use your airbrakes and manage your throttle when necessary. Once the base is bombed, you can return straight to the base. The second option is to convert your energy at spawn straight into speed, going as fast as possible to the nearest base, dropping ordnance, and pulling out. This allows you to bomb faster, but leaves you much exposed to the enemy fighters who would be coming out of spawn.

If you are using the Vautour IIN as an air-to-air engagement plane, use your fast acceleration and engine power to your advantage. Many sub-sonic planes will be much slower than you in terms of raw engine power, and you can easily catch up to them, and take them out using your AA-20 NORD air-to-air manually-guided Missiles, or use your 4 x 30 mm cannons mounted on your nose. You will often rely on your teammates to back you up, in case of somebody being on your rear, or being engaged with multiple enemies at the same time. If there are no teammates to help you during any of these situations, you are most likely a sitting duck for many jet fighters. When fighting in air-to-air combat in a Vautour IIN, avoid turning or rolling as much as possible. The Vautour series is well known to have a terrible turn rate. Never engage in a dogfight. Your Vautour IIN cannot handle turning fast enough. Combined with the terrible turn and roll rates, and the risk of ripping your wings with a sustained 7-8G pull, dogfighting is not a job for this plane and should be avoided at all costs.

While the Vautour IIN does not excel in any way during dogfights, during a head-on engagement, or chasing a low-speed plane, the Vautour IIN can shine in many ways. During head-os, using your 30 mm cannons mounted in the nose of your plane makes it very easy to hit an enemy plane risking a head-on with you. You will just need to remember to turn away from enemy fire earlier than you would with other jets, as the turn rate in the Vautour IIN makes it harder to avoid head-on fire. If your loadout consists of AA-20 NORDs, you can try and fire them during a head-on engagement, as the NORD missiles have a proximity fuse, allowing it to explode, even if it doesn't directly hit the enemy target. Enemies will also be caught off-guard with this, as many people do not expect the Vautour IIN to have such weapons.