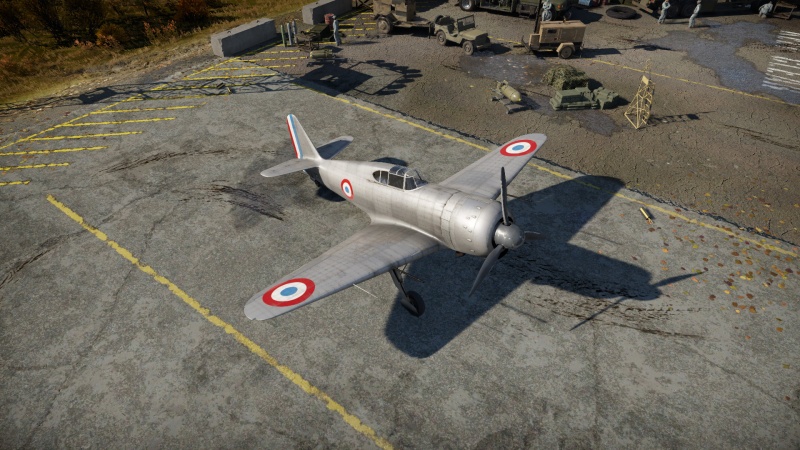 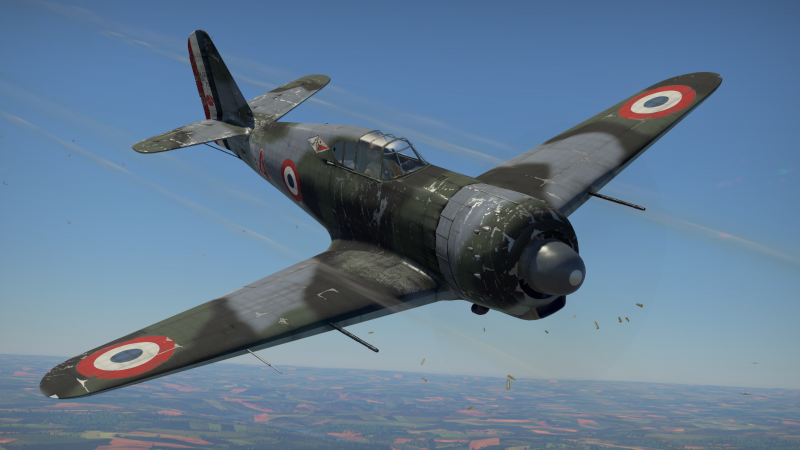 The M.B.157 is a solid aircraft powered with the Gnome-Rhône 14R engine which has a 1,600 maximum horsepower output. This aircraft has good manoeuvrability and acceleration allowing it to perform well in battle. While this aircraft has good acceleration, it is not a quick climber, and if you intend to fight from above, this aircraft will need to side-climb to the desired altitude. Due to the weight of the aircraft and its excellent energy retention, this fighter makes a great Boom & Zoom aircraft. With the beefed up wings of the MB.157 they are virtually unrippable as their shear speed is at 810 km/h; however, the combat flaps will begin to detach around 450 km/h and the landing gear at 340 km/h.

This aircraft has a decent roll and turn rate; however, extending combat flaps will aid in reducing turn time. Utilising the powerful rudder along with combat flaps allow for this aircraft to make tighter rolls and turns than with only using ailerons and elevators. Taking the M.B.157 into a steep climb during a rope-a-dope allows for the pilot to kick the rudder either direction at the peak of the climb (near stall speed) and perform a quick wing-over or hammerhead turn putting the pilot on the hunt for the stalled out chase aircraft. While this aircraft excels at Boom & Zoom tactics, pilots should familiarise themselves with this aircraft in a dive as control stiffening begins at around 450 km/h and almost full control lock-up begins after 650 km/h.

This aircraft cannot outfit external ordinances on underwing or belly pylons which would affect the weight and drag of this flight model.

For those pilots flying who desire to, the cockpit canopy can be left open during flight.

The M.B.157 has some protective armour to protect the pilot. The largest piece of armour is the 10 mm steel plate located behind the engine and in front of the cockpit. Secondly, there is a 10 mm steel plate in the pilot's headrest to protect the pilot from bullets striking from behind. Thirdly there is a 3 mm steel box located behind the pilot and near the control surface linkage. Bullet-proof glass was not available on this aircraft making the pilot susceptible to being hit from head-on, top-down and side attacks. Critical components of the aircraft such as the engine, oil cooling system and the pilot's head are exposed during head-on attacks or while attacking bombers from behind. While the fuel tanks are protected from head-on attacks (situated below the pilot), unfortunately, they are vulnerable from almost every other angle.

The Hispano 404 on the M.B.157 are excellent weapons, utilized on many different aircraft, but the big drawback on this plane is that each cannon is drum fed and has only 60 rounds per gun. With a firing rate of 700 rounds per minute, the quick depletion of ammunition is a reality. The pilot cannot rely on continuous fire due to the quickness of ammunition depletion and must practice well aimed, controlled bursts to conserve ammunition and make every shot count. Unless the pilot is highly skilled and comfortable with the Stealth belt ammunition, achieving more accurate shots require utilising the Default, Universal, or Ground Attack rounds which all contain tracer rounds in their mix.

The M.B.157 has good energy retention and does well with Boom & Zoom tactics. While turn-fighting is not recommended as typically as it will leave you with low energy and a slow plane, if needed, you can utilize combat flaps and rudder to help make sharper turns when chasing down other aircraft or trying to dodge enemy aircraft fire. The .157 is an aircraft which can excel when it has an energy advantage over the enemy and to do so needs to side-climb on the map in order to get to a decent altitude. For this fighter, speed is key and having enough room to dive and zoom away will extend the pilot's ability to survive and line up another shot.

While the 60 rounds per gun are a pittance in any of the battle types, it is especially critical in Realistic or Simulator Battles. While Arcade players can get away with flying around while waiting out the reload time, Realistic or Simulator pilots will need to return to the base to reload before taking on any more enemy aircraft, which leaves you open to enemy counterattacks.

Further testing refined the aircraft taking it to the improved version MB.151 and MB.152 which entered service at the outbreak of World War II. Unfortunately, most were determined to be unfit for combat service. Further testing led to the M.B.155 which had greater range and saw service until the fall of France. Not to be deterred, Vichy France completed several upgrades improving the flight model and installing the more powerful Gnome-Rhône 14R engine which lead to the designation of M.B.157. Unfortunately, this aircraft never entered service with only one prototype M.B.157 built.