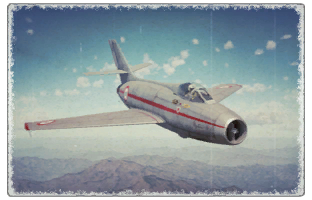 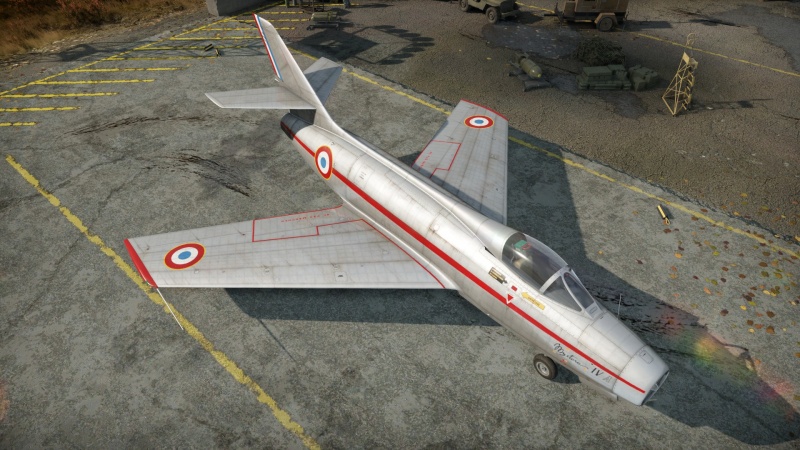 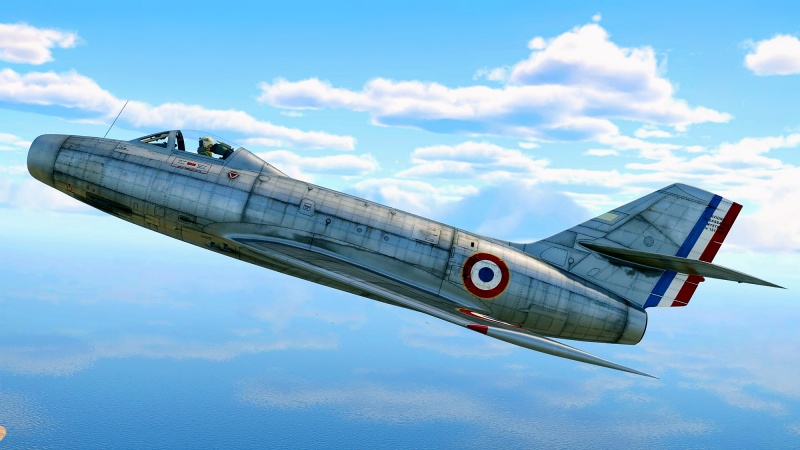 The Mystere IVA is armed with:

The guns, while deadly if they hit, have slow velocity, so it is important to get close to targets to ensure a hit. The armour-piercing shells are also very effective for taking out pillboxes, so while grinding out modifications keep in mind that extra points can be easily gained by shooting down a few light pillboxes. They can also penetrate the roof of most MBT's, so it is possible to destroy high level tanks in mixed battles when attacking from directly above purely with the guns.

The Mystere IVA can be outfitted with the following ordnance:

The Mystere has access to incredibly powerful rocket armaments. The heavy duty T10 151 rockets perform similarly to US HVARs, being rather slow, but deadly upon direct hit. They are very effective when attacking heavy tanks, as well as pillboxes, displaying 390 mm of penetration at a 30 degree angle. The other option is the high velocity SNEB type 23, which is effective for attacking medium tanks and MBT's, as well as light pillboxes. There is an option to have the SNEBs be mounted inside the fuselage, which will cause them to be launched 5 at a time just under the nose of the plane, for increased accuracy.

The AA.20 Nord air-to-air missiles are manually guided and not very agile, so they are best used against slow moving targets with a steady heading like Tu-4s. They are also very effective in head-on engagements with practice from the user.

In air realistic battles, the Mystere is a very deadly aircraft in the hands of a good pilot.

Due to its very bad energy retention in manoeuvres, it is best used in more of a "boom and zoom" role, where it dives on unsuspecting enemies and delivers a quick death with the lethal 30 mm cannons. If forced to engage another aircraft that the Mystere is unable to escape, it performs best enacting a reversal, as the very good roll rate and poor energy retention will make it easy to make other aircraft overshoot. This is especially effective against MiG-15s and 17s, who will easily win a sustained turn-fight, but will have a hard time getting guns on target. Against more agile American aircraft, it is recommended to lure the plane as close as possible due to the poor speed. The majority of aircraft will easily be able to extend away after overshooting, so it is vital to equalize your energy states as much as possible, and be as close as possible for a firing solution once the enemy overshoots.

The M.D.454 IVa is equipped with an AN/APG-30 rangefinding radar located in the centre of the air intake in the nose of the aircraft. It will automatically detect other planes within the scanning area and display the range to the closest target. It is linked with a gyro gunsight and can help with aiming at close range in cockpit view.

The Mystere IVA was used extensively by Israel throughout the late 50s, notably during the Suez Crisis of 1956. During combat missions there, the aircraft utilized superior performance to claim multiple MiG fighters, as well as a few de Havilland Vampires.