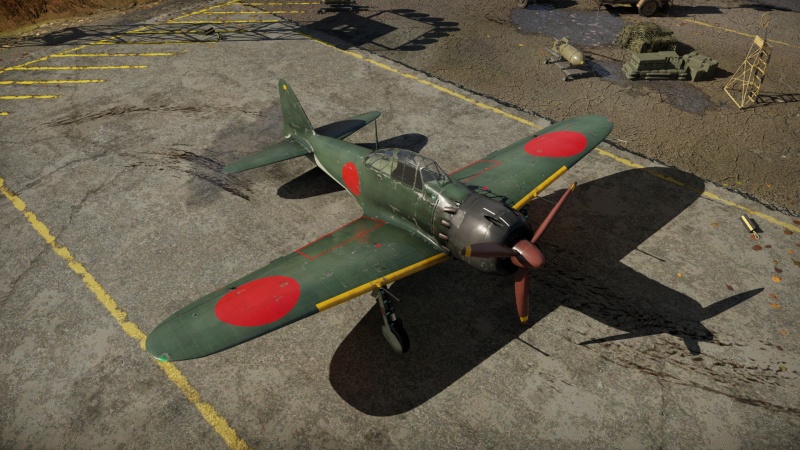 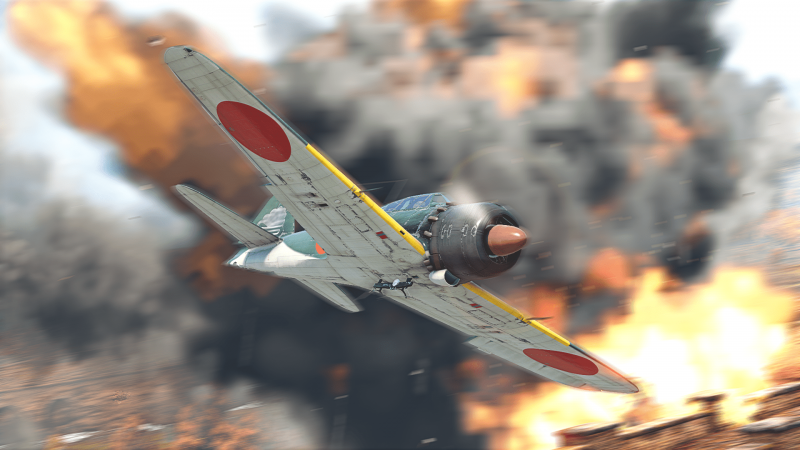 The A6M5 Ko Reisen is a premium gift rank IV Japanese fighter with a battle rating of 4.7 (AB/SB) and 5.0 (RB). It has been in the game since the start of the Open Beta Test prior to Update 1.27.

As with the other A6M5 variants, the A6M5 Ko features an improved exhaust system that gives the plane more thrust and acceleration. While this does not help the Zero to catch up with any enemy fighters, it helps to retain the plane's energy rather well which will certainly be a great asset in a dogfight.

Although this variant of Zero has a good climb rate, the Zero's limited top speed and frail airframe makes it ill-suited for bomber hunting and boom-and-zoom tactics. The weak airframe also worsens the Zero's manoeuvrability when the plane reaches a speed of 600 km/h in a dive.

The Zero is outclassed by everything it faces in terms of speed. The only thing left to hang on to is its famous manoeuvrability. More than ever, the key is to exploit its nimbleness to force the enemy to make mistakes. Every single aircraft in this battle rating is faster - the P-47N-15 is both faster in a straight line and in a dive - meaning the slow A6M5 Ko will have limited opportunities to engage. It is not common to see enemies turn fight with a Zero, but most will break away and attempt to flee. As such, the A6M5 Ko's best bet is to try and end the fight quickly with good shot placement and lead so that the A6M5 Ko can dis-engage before its target flees. During the downtime if the enemy plane continues fleeing or was shot down, start re-climbing to prepare for engaging new targets that approaches the A6M5 Ko.